Home / Repurposed Story / Do you need your gallbladder removed?

Do you need your gallbladder removed? 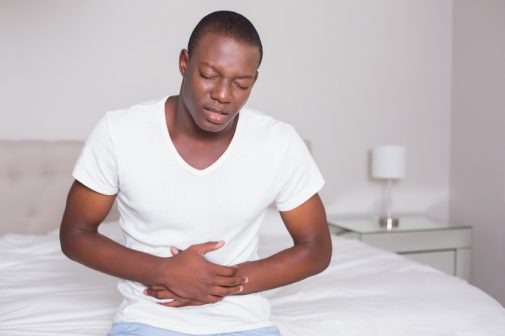 You may not need your gallbladder removed after suffering gallstone pancreatitis.

That’s according to a study published in the American Journal of Gastroenterology, in which researchers examined 17,000 cases of gallbladder pancreatitis.

Your gallbladder is responsible for storing the bile produced by the liver, which is transported via ducts to the small intestine to aid in digestion. Sometimes, gallstones – deposits of cholesterol or bilirubin, a bile component, that form due to an imbalance of these substances – may become lodged in a pancreas duct, preventing bile from exiting the gallbladder. This blockage leads to the pain and inflammation known as gallstone pancreatitis.

Typically, in order to prevent recurrence of a gallbladder attack, the organ is removed in a one-month time span after pancreatitis.

Of the 17,000 cases studied, researchers found that nearly 80 percent of participants who suffered an attack had their gallbladder removed within one month, but 3,700 patients did not have it removed within the recommended time frame. Still, 1,200 underwent removal within six months, and four years later, there were still 2,500 patients who had not had their gallbladder taken out.

Study authors believe there is hope to individualize care and eventually determine a way to avoid gallbladder removal surgery.

Dr. Brian Blumenstein, gastroenterologist at Advocate Christ Medical Center in Oak Lawn, Ill., welcomes the research but is realistic about its implications.

“It’s always good to try and define ways to limit surgical intervention. Conducting studies that seek to minimize medical interventions are great because surgery has risks. If you could find a way to say people don’t need surgery for a specific situation, you can eliminate the risk of surgery complication altogether. The problem is that while it is intriguing to see there is a subgroup of people who do not require surgery after acute pancreatitis, we have no way of determining exactly which patients would fall into it.”

Dr. Blumenstein says this study certainly sparks interest, but urges you to keep in mind that the recommendations have not changed and that surgery is the treatment plan for gallstone pancreatitis.

“This is just a hint to say that there is a subgroup who will do well without a need for surgery, but there is a significant group of individuals who will go on and have another episode of acute pancreatitis or even a potentially life-threatening situation. Hopefully some day soon, we will be able to proactively tell who does and does not require surgical intervention.”