Home / Parenting / Is getting enough shuteye just a dream?

Is getting enough shuteye just a dream? 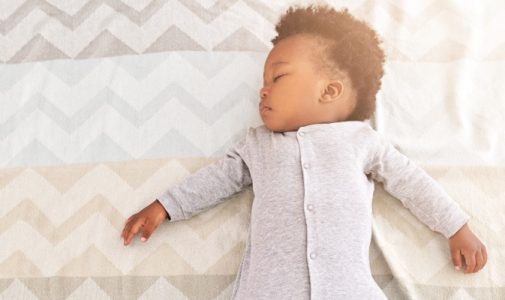 It’s an experience new parents know all too well – many months of sleepless nights as their newborn wakes to feed, cry and be held. After months of intermittent sleep, caregivers look forward to the six-month mark, when some babies begin sleeping through the night.

But what happens if a better night’s sleep doesn’t come around six months? New research shows that having an infant who does not sleep through the night at six months is not uncommon and isn’t as much cause for concern as previously thought.

Dr. Innessa Donskoy, a pediatric sleep specialist at Advocate Children’s Hospital in Park Ridge, Ill., is not surprised by these findings. As a sleep medicine specialist, she works with patients who struggle to sleep through the night, but even in her work with the pediatric population prior to focusing on sleep, she found that there was no one-size-fits-all age for getting a full night’s rest.

“I expect that a great deal of infants are not sleeping an uninterrupted six to eight hours, even at the age of one year. This is an issue often brought up by parents and friends, so this study presented objectively what, anecdotally, I have been seeing for years,” says Dr. Donskoy.

Dr. Donskoy says sleeping through the night isn’t a milestone in the traditional sense. While this development is exciting for the family because caregivers can now get a full night’s rest, it’s important to remember that infants will develop this skill at their own pace and at a variety of ages.

“What we forget about sleep is that, like any other skill we expect infants to develop – rolling, talking, crawling, walking –  it requires the right place, timing and consistent practice,” says Dr. Donskoy. “Given enough time to ‘practice’ falling asleep in the same place, in the same way, with the same bedtime pattern, an infant will learn this skill and be able to replicate it.”

Methods for helping infants fall asleep can vary from family to family, and even family member to family member, which can sometimes account for why a baby struggles to sleep through the night. Dr. Donskoy says infants learn to perform a skill the way it’s taught to them. This means if they’ve had months of practice falling asleep in someone’s arms, while nursing or being rocked, that is the way they know how to go to sleep. Learning to fall asleep in a new way requires them to develop a new skill.

“Some infants are adaptable and can more easily replicate this skill with a different environment, and routine,” says Dr. Donskoy. “However, some have a harder time with change and require more consistency.”

A normal “night” for an infant consists of six to eight sleep cycles where they will go from wake to NREM sleep, the REM/dream sleep, and then have a brief arousal. Adults experience similar cycles, although their sleep cycles are longer – 90 minutes, compared to an infant’s 60-minute cycles. The following morning, adults may be unaware of these arousals, because they were so brief. However, if something in their environment has changed since they have fallen asleep, individuals of any age will fully awaken at these arousals and be able to recall them in the morning. When infants are aroused, they suddenly realize whoever held them as they fell asleep has now left the room, the pacifier has fallen out of their mouth or they are no longer nursing, and they fully awaken to see what has changed.

“When our sensations of touch, taste, smell, sound and vision sense everything is as it should be, we fall back asleep and hardly remember this short arousal. However, once a change is sensed, our instinct is to panic and wake up with our hearts racing. For infants, they will cry until everything is restored,” says Dr. Donskoy.

The way in which we – infants and adults – fall asleep, determines if we stay asleep. Dr. Donskoy suggests parents have their child go to sleep in whatever way they intend the child to spend the duration of the night. She says this looks different for every family unit, but whatever works for the family is right for them as long as the child is safe.

“At each arousal at night, if everything appears to be in its place and nothing has been changed, the child will go back to sleep on their own and likely never even signal that they have woken up,” says Dr. Donskoy.

Dr. Donskoy often reminds parents that it’s not problematic from a health standpoint for infants if they do not sleep consistently for six to eight hours, as long as they get an appropriate amount of sleep in a 24-hour period and the lack of sleep is not severely impacting the family unit. If the infant’s sleep patterns become problematic for a family, Dr. Donskoy recommends building associations with the bedtime routine and sleep onset for the infant that will be present throughout the night.

“I encourage parents to get creative and involve all the senses: familiar smell, sound, the touch of a familiar soft sheet, etc. The more an infant will get practice falling asleep with these consistent sensory inputs present, the better they will become at this skill,” says Dr. Donskoy.

← Want to breastfeed but can’t? Pumping may be an option
Could this be why you’re so tired? →