Do you know these top carb offenders? 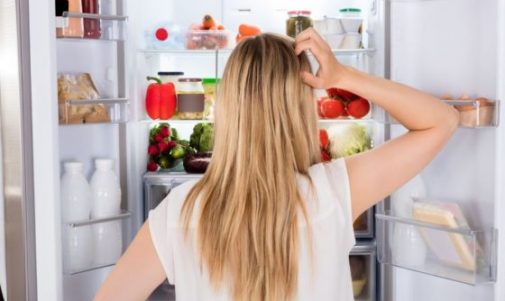 With the new year in full swing, many have set resolutions to cut pounds and get healthier this year.

Some diets focus on fats, others on total calories and still some on cutting or limiting certain food groups all together. One common focus of many diets is axing or limiting carbs.

But low-carb and no carb diets are often misunderstood, and as a dieter, many are unsure what foods and drinks are high in carbs.

It’s not just pastas, grains and sugary sweets and drinks; did you know tonic water is high in carbs?

Twelve ounces of tonic water has 54 grams of carbs compared to 45 grams from a 12-ounce glass of lemonade, according to the USDA National Nutrient Database.

“A lot of people are surprised by the carb content of many foods and drinks,” says Tara Allen, a dietitian with Advocate South Suburban Hospital in Hazel Crest, Ill. “In fact, even though we may think that pastas, grains and sugary beverages are obvious carb culprits, you would be surprised to find that most people who we see at the diabetes center do not realize that these foods have so many carbs. And did you know that 100 percent fruit juice has just as many carbs as a can of soda pop?”

Some foods and drinks that Allen sees as the top offenders for someone on a low-carb diet include:

“As a dietitian, we typically don’t recommend following a certain diet,” she explains. “Diets only last for a short period of time, but lifestyle changes can last a lifetime. For example, significantly reduce your intake or replace sugary beverages such as juice and pop with water, coffee or tea, unsweetened or sweetened with stevia. Fill half your plate with non-starchy veggies like spinach, string beans, broccoli or mushrooms. These are habits that you can maintain for the rest of your life.”

“Instead of low carb or no carb, I recommend healthier alternatives like eating carbs in smaller portions,” she says. “When selecting carbs, I suggest carbs that come directly from the earth. Eating complex carbs, which are higher in fiber, is always preferable to refined carbs. Fiber is critical for digestive health, lowers cholesterol, lowers blood sugars and helps when an individual is trying to maintain a healthy weight.”

Refined carbs such as pasta, cookies, crackers, pop and juice can cause your blood sugars to rise very quickly.

← Could this be why you’re so tired?
5 foods to eat on your period →