Just how realistic is Grey’s Anatomy? 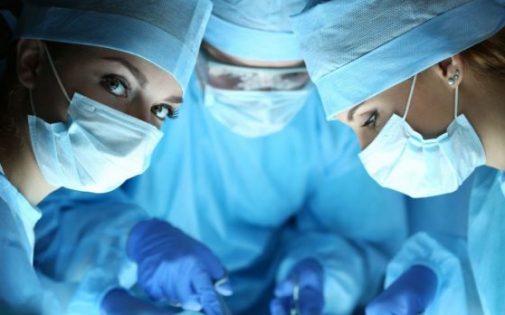 Do you ever catch yourself watching Grey’s Anatomy and thinking, “Does this actually happen in real life?”

You’re not the only one.

The department of surgery at St. Joseph’s Hospital and Medical Center in Phoenix was so intrigued that they decided to lead a study on the topic. They compared the portrayal and treatment of 290 trauma patients in the show to more than 48,000 real-life trauma patients treated in 2012.

As you may have already assumed, they found the show doesn’t do a very good job representing real-life emergency rooms and care. Specifically:

“The danger with a lot of medical dramas is they often paint an unrealistic picture of medicine and can skew expectations,” says Dr. Michael Cirone, an emergency medicine physician at Advocate Christ Medical Center in Oak Lawn, Ill. “For example, it seems like many patients receiving CPR on television survive the code or frequently wake up and start talking once they regain a pulse. The reality is that only a minority of patients will survive cardiac arrest in the emergency department (ED), and of those who do, even fewer will ever leave the hospital. Often, we have to have very frank discussions about a realistic prognosis with families, as it can really change the goals of care for critically-ill patients.”

If emergency care is unrealistically portrayed, does this mean other aspects of the show are unrealistic, too?

As any true Grey’s Anatomy fan knows, residency plays a large part in the show. Characters are often portrayed as heroes who are consistently making life-saving decisions or sometimes life-threatening mistakes with little supervision.

“Many medical dramas are set in academic medical centers similar to Advocate Christ,” says Dr. Cirone. “On TV, it often seems like the residents are making most of the medical decisions and performing procedures without any attending oversight. That simply isn’t realistic, and I fear it makes some patients leery of academic hospitals. Every now and then, we have patients in our ED who refuse to be seen by a resident. I suspect this misconception may play a role in their request.”

Additionally, Dr. Cirone points out that studies have actually proven patients receive better care and have improved mortality rates in academic hospitals. He references a recent study that observed approximately 21 million hospitalizations at 4,483 hospitals across the country.

← Are you lacking this essential vitamin?
5 ways to improve your mental health →