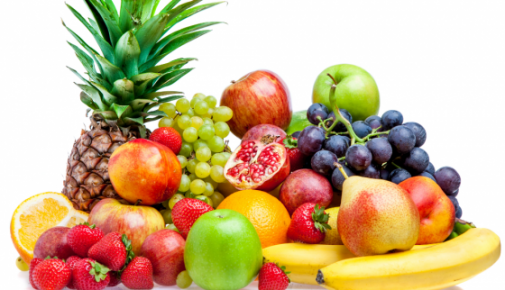 Although kale and flaxseed get all the headlines about being superfoods, basic fruits and vegetables are being touted by health officials as a way to produce healthy weight loss, according to one study.

It’s all because of a certain element inside these fruits and vegetables called flavonoid. The natural compound gives the produce its blue, purple or deep red color and can be found in foods such as berries, red and purple grapes, strawberries, apples and peppers.

The study, which was published in the journal BMJ, followed more than 124,000 U.S. men and women participating in three studies. Researchers observed the various types of flavonoids they ate after a two-decade follow-up period. Each person reported their weight, habits and any diagnosed diseases every two years from 1986 to 2011.

“Eating more fruits and vegetables is number three in the top three things you can do to increase your lifespan,” says Dotty Berzy, senior clinical dietician at Advocate Trinity Hospital in Chicago. “Number one is to stop smoking and number two is to wear a seat belt.”

While the study showed men and women gained some weight throughout the years, researchers concluded that consuming higher portions of foods rich in flavonoids contributed to maintaining a healthier adult weight. It also helps with the prevention of obesity and its potential consequences. Researchers suggest that everyone should consume at least two cups of fruit and two and a half cups of vegetables per day.

“When you fill your plate with more fruits and vegetables, it definitely helps you control your weight because it fills you up,” says Berzy. “There are studies that say it also decreases you risk of cancer and high cholesterol as well as gives you the fiber and nutrients you need to survive.”

← Cardiac warning signs you shouldn’t ignore
Do you know one of these cancer fighters? →