Home / Behavioral health / Are you at risk for an anxiety disorder?

Are you at risk for an anxiety disorder? 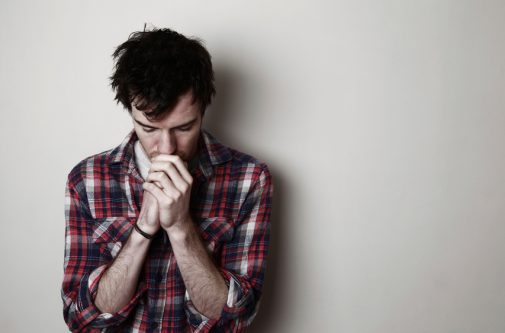 Most of us at one time or another have felt anxiety. That’s the feeling of nervousness about something uncertain but significant coming up in life, such as an important test, a big presentation or a major financial decision.

At times, anxiety can become panic, an uncontrollable fear that can cause less-than-rational behavior.

Those who suffer from more than an occasional feeling of anxiety or panic may suffer from an anxiety disorder. With this disorder, a person’s feelings of nervousness or panic don’t go away — and sometimes get worse over time. The feelings can interfere with normal daily activities such as work, school or relationships.

A number of factors can increase a person’s potential for developing an anxiety disorder, including:

The National Institute of Mental Health notes there are different types of anxiety disorders.

Generalized anxiety disorder: People who have this disorder tend to worry excessively for weeks or months. They may show several symptoms of the disorder, including:

Social anxiety disorder: People with this disorder have an unusual fear of social situations. It’s sometimes known as social phobia. With this disorder, people tend to feel excessively embarrassed, judged, rejected or concerned about offending others. Symptoms include:

Panic disorder: Individuals with this disorder can experience recurring unexpected attacks of sudden intense fear. The signs may include:

What are the treatments?

Anxiety disorders are commonly treated with medication, psychotherapy or both.

The family can be an important part of the anxiety disorder recovery process. Family participation is important regardless of the treatment approach.

← Could a little bit of shame help save lives?
Who’s most at risk of developing blood clots? →