Home / Repurposed Story / What you should know about your sinuses

What you should know about your sinuses 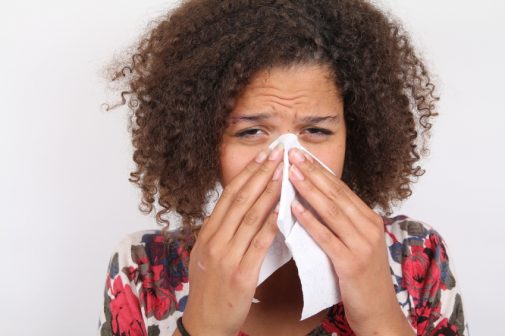 They usually only get attention when there’s a problem. They’re your sinuses.

Your sinuses are hollow air spaces behind your nose, cheeks and lower forehead. Their job is to produce mucus, which is a protective coating that covers surfaces in your mouth, nose, sinuses, throat, lungs and gastrointestinal tract. The mucus keeps these sensitive tissues from drying out.

So, when things go wrong with the sinuses, what kinds of issues are most common? What symptoms should you watch for?

This is an inflammation of the sinuses that’s often caused by an infection. Sinusitis can start with a cold that turns into a bacterial infection. It can also be caused by a virus, fungus or nasal allergy. Other causes can include injuries to the facial bones and diseases such as cystic fibrosis.

Symptoms of sinusitis can include:

You may also have a drainage in the back of the throat known as postnasal drip. Treatment can include antibiotics, decongestants and pain relievers. A heat pad, saline nasal sprays and/or a vaporizer can also help. If you have long-lasting sinusitis, that may be a sign that you have a deviated septum.

Your sinuses consist of two halves with a barrier — the septum — between them. The septum is made of bone covered by a mucous membrane. Ideally, the septum is centered up between the halves. If it’s well off center, that’s a deviated septum.

In infants and young children, you may notice noisy breathing while sleeping. People with a slightly deviated septum may only notice these types of symptoms when they have a cold.

These polyps are soft, sac-like growths that develop in the lining of the nose or sinuses. They hang down from the nasal lining like rain drops. They can result from inflammation caused by asthma, allergies, repeated infections, drug sensitivity or certain immune disorders.

Nasal polyps are not cancer and, if small, they may not be a problem for the person who has them.

If the polyps grow, they can block sinuses or the nasal airway. This can lead to breathing problems and/or more sinus infections. In some people, their sense of smell may be affected.

Signs of nasal polyps may include:

A severe malady of the sinuses is nasal cancer, which is rare. Cancer can develop in the nasal cavity, which is the space behind your nose. It can also develop in the paranasal sinuses. These are the small hollow spaces in the bones around the nose. These spaces are lined with cells that make mucus. The paranasal sinuses open into the nasal cavity.

Those at the highest risk for this unusual form of cancer are:

Nasal cancer may have no symptoms at first. Later, a person may notice infection-like symptoms.

If you have questions or concerns about sinus or nasal discomfort that lasts more than a week, see your health care provider. If the pain is severe, don’t wait that long.

Seek immediate care if you have:

Dr. Douglas E. Rapisarda is a board certified specialist in otolaryngology at Aurora Health Center in Two Rivers, Wis.

← Is there a difference between panic attacks and anxiety attacks?
Things that could make your anxiety worse →

Douglas E. Rapisarda, MD is a board certified specialist in otolaryngology at Aurora Health Center in Two Rivers, WI.