Cutting back on your drinking could help you with this 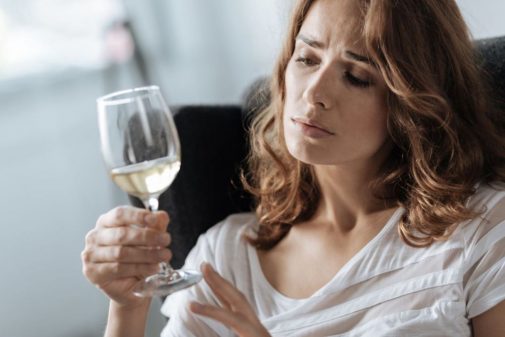 An occasional drink after work and on the weekend is a common indulgence for many people, but a new study suggests that cutting back further on your alcohol consumption could be helpful if you’re concerned about your mental health.

The study published in the Canadian Medical Association Journal suggest that adults, particularly women, who choose to completely quit drinking experience an improvement in mental well-being. It was conducted using data collected from approximately 41,000 people via two separate studies. All participants were declared either nondrinkers or moderate drinkers. Researchers defined moderate drinking as having 7 or fewer drinks per week for women.

“It is certainly an interesting study,” says Jamie Berray, a registered dietitian at Advocate Illinois Masonic Medical Center in Chicago. “The foods and beverages we consume can have a great impact on both our physical and mental well-being, which this study helps to shed light on. If you struggle with mental well-being and want to see an improvement, limiting alcohol intake and being mindful of the foods you are putting in your body may certainly help to ease symptoms.”

If you have concerns or questions about nutrition and your dietary habits, Berray suggests seeing a registered dietitian to create an individualized dietary and wellness plan that works with your lifestyle needs.

← Easy tips for your next trip down the fruit aisle
The ongoing pandemic: Are we there yet? →