Can texting cause ‘trigger thumb’? 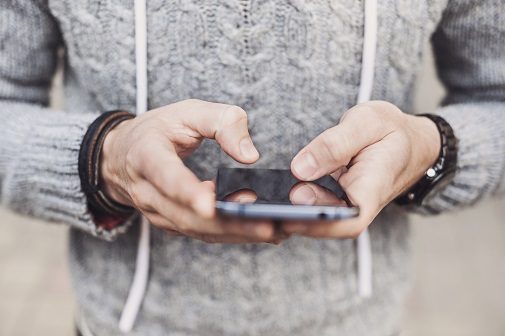 Smartphone use and gaming continue to play a prevalent role in the lives of Americans, especially younger generations. But could this behavior put youth and young adults at risk for a condition normally seen in people 40–60 years of age?

Trigger finger, also sometimes called trigger thumb, is a condition where the tendon swells as a result of inflammation, which can occur from overuse. This limits finger movement and causes your finger to lock or catch before straightening out, according to the American Academy of Orthopaedic Surgeons (AAOS).

“The tendon connects your muscle to the bones of your finger and allows you to bend it,” says Dr. Kevin Chen, an orthopedic surgeon on staff at Advocate Illinois Masonic Medical Center in Chicago. “The swelling is similar to the swelling you have after you sprain an ankle or other part of your body.”

The condition usually occurs in one part of the tendon and forms a nodule that moves as the thumb moves up and down.

“The nodule is close to a short tunnel called a pulley,” says Dr. Chen. “As the nodule tries to glide through the pulley, it can cause friction and catch, which causes clicking as the thumb is flexed and extended. As it catches, it can cause further swelling, and eventually, the nodule can get stuck on one side of the tunnel and be increasingly difficult for it get through the tunnel.”

While the cause of trigger finger is sometimes unclear, it is more likely to affect women, people between 40 and 60 years old and those who suffer from diabetes or rheumatoid arthritis, according to the AAOS.

“Repetitive-motion activities such as texting and gaming could potentially cause or worsen trigger finger,” says Dr. Chen. “Sometimes overuse, lifting something heavy or trauma can cause trigger finger, as well.”

Symptoms of trigger finger can include:

Both nonsurgical and surgical options are available to treat trigger finger and decrease the swelling of the tendon or open the tunnel. Consult a physician for more information.