Sign of the times: Can garbled text msgs signal stroke? 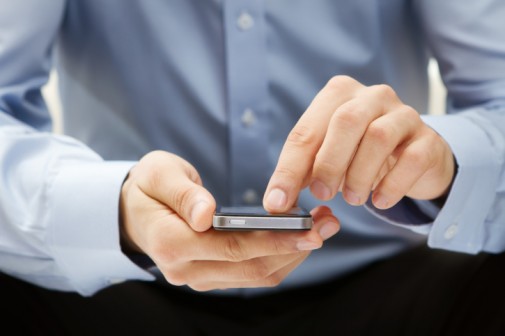 If you have a smartphone, chances are you’ve likely sent a mixed-up text message or two, maybe three. While in most instances, these occasional butter-finger blunders or auto-correct mishaps may have left your friends, family and co-workers laughing out loud. However, preliminary results of a new case study shows garbled text messages may not always be a laughing matter.

The study involved a close look at the case of a 40-year-old man who sent incoherent text messages to his wife during a trip to Detroit. The jumbled jargon prompted a trip to the emergency room.

While in the hospital, doctors noted that the man had no difficulty speaking during his evaluation. They also indicated that he showed no real visible neurological symptoms, except some slight weakness on the right side of his face. However, when the patient was asked to send specific text messages, he couldn’t do it, even though he thought he was typing exactly what the doctor ordered.

It was eventually determined that the man had suffered an ischemic stroke, in which a blockage or clot cuts off blood supply to part of the brain. In this case, it impacted the patient’s physical ability to craft a coherent text message.

Researchers have coined the findings “dystextia,” which essentially means illogical or incoherent text messaging.  They say the case provides strong evidence that jumbled text messages could signal someone has suffered a stroke, even if the person has no problem speaking or otherwise appears relatively normal.

Dr. Thomas Grobelny who specializes in interventional neuroradiology with Advocate Medical Group calls the findings a true sign of the times.

“Because text messaging is so common these days, this may well be another way for doctors to begin to detect stroke now and in the future.”

According to Bloomberg News, Americans send 8 trillion text messages a year. One of the lead authors of the study said in a statement, “Because text messages are always time-stamped when they’re sent, they may also help establish when the stroke symptoms were at least present or even when they began,” which can play a key role in determining treatment.”

Results of the study will be presented tomorrow in San Diego at a meeting of the American Academy of Neurology.

← Protecting children from magnets
Food allergies are on the rise, especially among children →