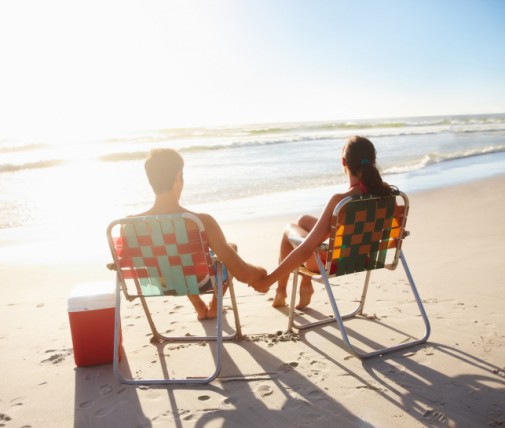 Melanoma is the deadliest form of skin cancer. This year, the American Cancer Society estimates about 76,690 new melanomas will be diagnosed, killing nearly 9,480 people in the United States. The rates of this deadly cancer have been on the rise for at least 30 years.

But surprising data presented at the American Association for Cancer Research (AACR) this week, shows that 27 percent of melanoma survivors report not using sunscreen when outside for more than an hour, and more than 2 percent report still use tanning beds.

“This is a really surprising finding because we do know there’s an increased risk of second melanoma in patients who have had melanoma,” says Dr. Elizabeth Chung, an oncologist at Advocate Condell Medical Center in Libertyville, Ill. “Unprotected sun exposure and tanning beds increase the risk in contracting melanoma again. But it’s very important that everyone be vigilant about the risks of skin cancer and take precautions like avoiding tanning beds and wearing sunscreen when you are going to be outside for an extended amount of time.”

The results are based on a 2010 government health survey that included 27,120 U.S. adults, 171 of whom reported a history of melanoma.

← Americans skipping on meds hoping to save cash, study finds
Are green coffee bean supplements worth all the hype? →