Trend for motorcycle deaths going in the wrong direction 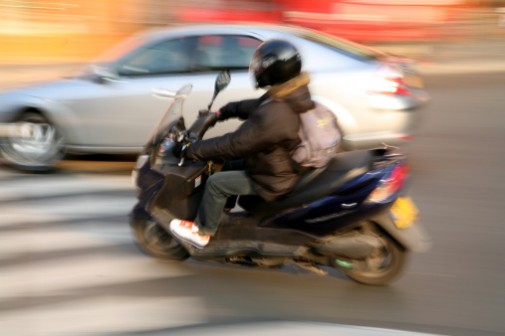 More than 5,000 people were killed in motorcycle accidents in 2012 according to a new report from the Governors Highway Safety Association (GHSA).

The GHSA says deaths spiked 9 percent last year to more than 5,000 lives lost. The number has risen 14 out of the last 15 years and has increased in 34 states. Motorcyclists remain one of the few groups of drivers where no progress can be shown over the last decade, according to the report.

Trying to shed light on what’s behind the disturbing trend, the GHSA says the state of the economy may be playing a role. The waning recession has given more people disposable income to spend on purchasing motorcycles at the same time gas prices were spiking creating more incentive to choose motorcycles as a more fuel efficient option.

“In my state, an improving economy and a longer window of nice weather meant there were more riders and riding days, said Troy Costales, GHSA’s former chairman in a news release. “The fatality increase is disheartening. Every motorcyclist deserves to arrive at their destination safely. These numbers represent real people – they are family, friends and neighbors.”

Helmet laws may also be a contributor to the problem, the report said. The number of states with helmet laws has been decreasing. Currently 19 states mandate that all riders to wear helmets, down from 26 in 1997. Illinois does not currently require motorcycle riders to wear a helmet.

Dr. Grace Chang, trauma surgeon with Advocate Medical Group, says that’s unfortunate but there are things riders should do to stay safe.

“A lot of trauma incidents are preventable—people need to take extra caution on the road, follow speed limits, ensure you are properly licensed to drive a motorcycle and avoid drinking and driving at all times,” she says.

Helmets are proven to be 37 percent effective at preventing fatal injuries to motorcycle drivers and 41 percent effective for passengers. An estimated 706 of the motorcyclists who died in crashes in 2010  and were not wearing helmets would have lived had they been wearing them.

In 2010, 29 percent of fatally injured riders had a blood alcohol concentration at or above the legal limit of .08, the highest of all motorists.

According to the most recent data, 35 percent of motorcycle riders involved in fatal crashes were speeding, and almost half of these crashes did not involve another vehicle.

While all states currently offer training, some courses may not be provided at locations and times convenient for riders.

Proper licensing: National data shows that in 2010, 22 percent of motorcycle riders involved in fatal crashes did not have a valid motorcycle license.

Share the road: According to NHTSA, when motorcycles crash with other vehicles, the other vehicle usually violates the motorcyclist’s right of way.

← Should new moms combine breastfeeding and formula?
Caring for a loved one after a stroke →