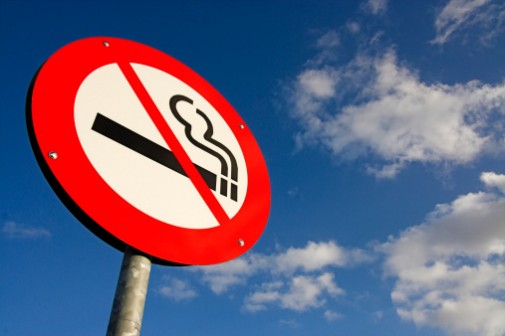 Nearly $1 million per hour is spent marketing cigarettes in the United States. But despite not having nearly as large a budget, anti-smoking advertising has significantly increased the odds that smokers intend to quit, according to a new report released by the Centers for Disease Control and Prevention.

The report is based on findings from the Global Adult Tobacco Survey, which measured smokers’ intent to quit in 17 countries. In 14 of those countries, anti-smoking messages on television, radio and billboards, or in newspapers and magazines, increased the odds that smokers planned to quit. The results were presented in this week’s release of the Morbidity and Mortality Weekly Report, published by the CDC.

“Anti-smoking mass media campaigns can help reduce the prevalence of smoking by discouraging young persons from initiating smoking and by encouraging current smokers to quit,” wrote the authors in the report.

Nearly 44 million Americans are regular smokers, and the fight against the tobacco epidemic is not easy. According to the CDC, $1 million per hour is spent marketing cigarettes every day, and smokers are regularly portrayed in movies and TV as well. But, 70 percent of smokers have a desire to quit, according to the CDC.

Of the total 265,564 participants in the study, 50,209 of them reported they were current smokers. Over half of these subjects noticed anti-smoking campaigns, and 10,439 of them said they were going to quit.

The report was timed to be released on May 31, which is World No Tobacco Day, an annual awareness day sponsored by the World Health Organization.

World No Tobacco Day draws “worldwide attention to the tobacco epidemic and the preventable deaths and diseases it causes,” wrote the CDC in a statement. “This year’s theme focuses on global tobacco advertising, promotion, and sponsorship.”

For those hoping to quit, alternatives such as patches and e-cigarettes offer potentially safer ways to reduce tobacco consumption.