People with more cavities may be at lower risk for head, neck cancer 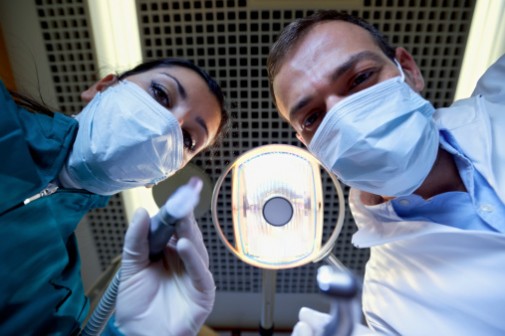 An unusual and unexpected finding this week from researchers in New York has some experts and people across the country scratching their heads.

According to a new study by researchers at the University of Buffalo, folks who have more tooth cavities may actually have a reduced risk of developing some head and neck cancers. Authors of the study say that’s because lactic acid bacteria produced by cavities may protect against the development of cancer cells.

In the report published last week in the online edition of JAMA Otolaryngology: Head & Neck Surgery, researchers were quick to note that the findings don’t mean people should allow cavities to develop or fail to take care of ones they have in order to stave off these cancers.

“The main message is to avoid things that would shift the balance in normal microbial ecology, including overuse of antimicrobial products and smoking,” said one of the study’s lead authors in an online statement.

Cavities are caused by lactic acid that is produced by bacteria such as actinomycetes streptococci, bifidobacteria and lactobacilli, which are commonly found in foods like yogurt.  These forms of bacteria can play an important role in digestion as well as in systemic immunity. In fact, reductions in these bacteria have been associated with the development of cancer, chronic inflammatory diseases, allergies and obesity.

As part of the study, the team evaluated 399 patients with head and neck cancers, in comparison to 221 similar individuals who did not have cancer.

They found that people with the most cavities had a 32 percent lower risk of developing head and neck cancers compared to those with fewer cavities. This was true even after factoring in other possible risks such as smoking and alcohol.

What other experts are saying
As you can imagine these findings have generated a lot of buzz and have some experts saying, “Not so fast.” They say the small size of the study and its limited focus on certain cavities leaves much to be uncovered still.

The consensus seems to be that much more in-depth studies are needed to actually prove cause and effect in this case. At best, they say the findings are a preliminary first-step that could be used to help find new ways to help prevent and treat head and neck cancers in the future.

← Monkeys cured of HIV-like virus—could humans be next?
That bronzed goddess look could be dangerous →