Home / Stories of the Girls / Dangers of hormone therapy 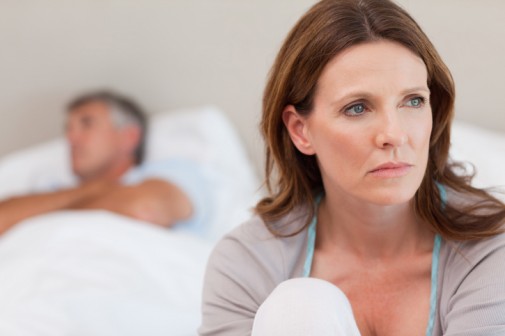 A new study is sounding an alarm for women who take hormone replacement therapy (HRT) that includes both estrogen and progestin.

The research shows an increased risk of developing breast cancer and death among women who begin combined HRT just as menopause begins.

As part of the study, published in an issue of the Journal of the National Cancer Institute, researchers followed nearly 42,000 women past menopause for more than 11 years.

A little more than 25,000 of the female participants did not use hormone therapy. And more than 16,000 received combined estrogen and progestin hormone treatment.

The results
At the conclusion of the follow-up period, researchers found that more than 2,200 of the women who received combined therapy developed breast cancer–significantly more those who didn’t.

The link between combined hormone therapy and breast cancer is not new. But of particular note in this study, was the fact that the breast cancer risk was greatest among those women who received the treatment closest to menopause.

In a statement one of the lead authors for the study said, “Women starting within months of menopause had about a threefold greater risk than women starting 10 years after menopause.”

“We have known for years that combination hormone therapy taken for many years increases the risk of developing breast cancer,” she says. “This study confirms that, and gives us more important information about the timing of this treatment.”

Why are risks higher for women closer to menopause?
Researchers speculate the higher risks for women who begin combined hormone therapy closer to menopause may be tied to the fact that they still have higher circulating levels of estrogen, which makes them exceed hazardous thresholds

They also say progestin may be a factor as well.

Timing is everything
Dr. Memmel says the new analysis could signal how important timing is to starting hormone therapy.

“This study displays the increased risk with long-term combination hormone therapy, and is the first large study to take a closer look at the timing of the treatment,” she says. “It shows that physicians should not only be concerned with how long women are taking this therapy, but actually when they initiate it.”

Still, she says additional studies are needed to provide more evidence regarding the timing of HRT.

In the meantime, Dr. Memmel says physicians should try to minimize the use of hormone therapy until it is most needed to manage severe symptoms of menopause.

“We have to balance quality of life with risk,” she says.

For more information on breast health, join Dr. Memmel for a special pink edition of AdvocateLive on Friday, October 4 at 11:30 am.