Can bathing in vitamins boost your health? 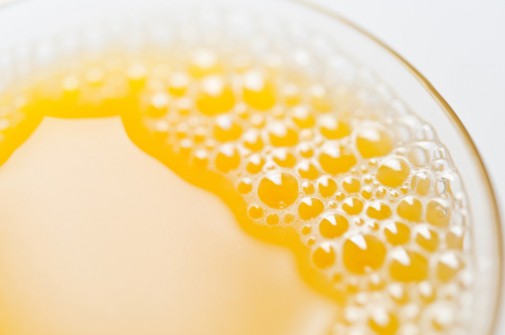 Looking for a little something extra to add to your daily beauty and health regimen? How about a vitamin C-infused shower?

Believe it or not you can now purchase shower filters infused with the essential vitamin and join the ranks of some well-known celebrities.

In fact, according to Delos Living – the company offering the special shower heads – famous actor, Leonardo DiCaprio will soon be enjoying this high-end amenity when he moves into his wellness condo in the Big Apple. And even though, many Americans may just be hearing about this trend, it’s actually not so new. Vitamin-powered showers are already offered at some luxury hotels, like the Stay Well rooms at the MGM Grand in Las Vegas.

The company that sells the vitamin C shower filters, Vitashower, claims that when vitamin C is released in shower steam, it can actually neutralize the chlorine chemical that’s added to water as noted in the following statement on its website.

“The new technology used in the Vitashower Shower Filter astonishingly uses a vitamin as the agent to remove the harmful chlorine in the water we use to shower.”

But not all experts agree, in a statement to ABC News, Neal Langerman, a chemist and officer at the American Chemical Society had this to say: “To make the argument that chlorine is dangerous as it exists in water is totally specious,” he said.  “There is also absolutely no evidence that chlorine in water form is bad for your skin.”

Langerman also said “it’s unclear whether the showerhead creates the right conditions for the chemical conversion to take place.”

Even if it does, other experts argue more definitive data is needed to support the claim that splashing around in a vitamin C-infused shower offers any overall health advantage.

But proof or no proof, vitamin showers appear to be the new “it” trend right now, especially in the housing market.  And if you are looking to get infused yourself, it won’t set you back much. You can get a vitamin C shower filter for around $30 to $40.

Read more about the gaining popularity of IV Vitamin therapy.