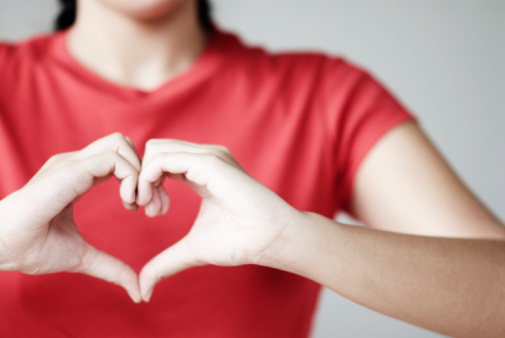 The modern premise, “Men are from Mars; Women are from Venus,” is often used to describe the differences between both genders. When it comes to a man and woman’s heart health, this statement still holds true.

According to a new study, high blood pressure may be more severe in women compared to their male counterparts leading to a greater risk of a cardiovascular event like heart attack and stroke.

“In terms of hypertension disease, women have been historically undertreated in the past,” says Dr. Maciej Malinski, cardiologist with Advocate Medical Group in Elgin, Ill. “Historically, cardiovascular disease was thought of as a ‘man’s disease.’ While it’s true that a 40-year-old woman has less cardiovascular risk than a 40-year-old man, the reality is that a woman’s heart disease risk equals that of a man later in life, typically in their 60s after menopause.”

According to the study, published in Therapeutic Advances in Cardiovascular Disease, earlier and more aggressive treatment for high blood pressure may be necessary for women.

However, Dr. Malinski acknowledges that the unique characteristics of the female cardiovascular system play a key role.

“The main issue women face is having worse health outcomes when it comes to cardiovascular treatment,” Dr. Malinski says. “This likely has to do with the fact that women have smaller blood vessels and arteries yet the same amount of plaque build-up. As a result, a woman’s blood vessels may get clogged faster than a man’s.”

Another factor affecting a woman’s increased vascular disease risk, Dr. Malinski explains, may have to do with the perception of heart disease as a “man’s disease.” Women may think they aren’t at risk for cardiovascular disease, and therefore, don’t seek treatment for high blood pressure, high cholesterol and other risk factors.

“Compared to men, women have more instances of stroke than heart attack,” he says. “Stroke is clearly driven by hypertension in these situations.”

“I think many people still underestimate the need for hypertension or cholesterol treatment in women because they think they have lower cardiovascular risk,” he says. “The reality is that physicians need to be more aggressive with hypertension treatment for women in order to prevent stroke, heart attack and cardiovascular disease.”

← U.S. cancer deaths decline
How much weight should you gain during pregnancy? →