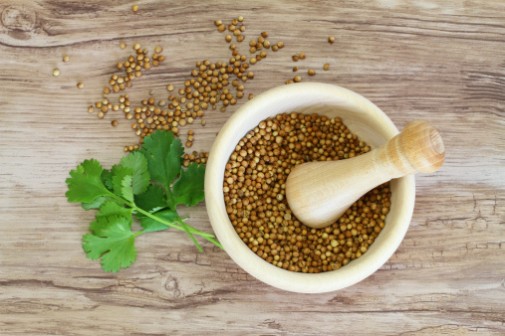 For those trying to reduce their sodium intake, learning to flavor food with spices and herbs might be the most effective way to do so, according to research presented at an American Heart Association conference.

This education consists of learning how to use herbs and spices in cooking, how culture influences spice choices, methods for choosing foods when eating out, and how to make changes to and monitor personal diet. The goal of this process is to lower sodium intake permanently, which may reduce risk for cardiovascular diseases caused by high blood pressure, along with stroke, heart failure, osteoporosis, stomach cancer, and kidney disease.

“Salt is abundant in the food supply and the average sodium level for Americans is very high — much higher than what is recommended for healthy living,” said Cheryl A.M. Anderson, lead study author and associate professor at UC-San Diego. “We studied the use of a behavioral intervention where people learn how to use spices and herbs and less salt in their daily lives.”

In one phase of the study, half of the volunteers took part in a 20-week behavioral intervention, and the other half reduced sodium on their own. Participants in the intervention group had cooking demonstrations about how recipes could be changed to remove salt and include spices. They were encouraged to try a variety of flavors to find out what they liked most.

While sodium intake did increase in both groups, those who received the education consumed an average of 966 milligrams per day of sodium less than the group that did not participate in the intervention.

Anderson attributes this to members of the intervention group having learned “problem-solving strategies,” and suggests widespread education on these tactics could lead to more Americans effectively managing a low-sodium diet.

“Given the challenges of lowering salt in the American diet, we need a public health approach aimed at making it possible for consumers to adhere to an eating pattern with less salt.” Anderson said. “This intervention using education and tasty alternatives to sodium could be one solution.”