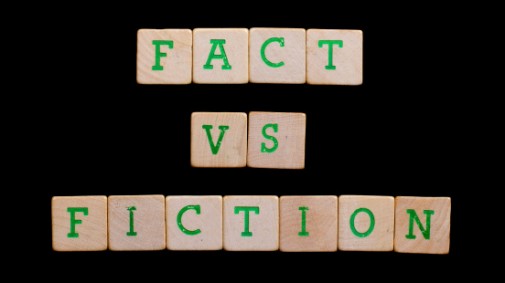 There’s a lot of information—some of it true and some of it myth—floating on the Internet and other sources about autism spectrum disorder (ASD).

health enews asked, Dr. Karen Fried, director of Developmental Pediatric Services at Advocate Illinois Masonic Medical Center in Chicago, home to one of the largest autism treatment programs in the Chicago area, to share what the truth and falsehoods are behind some of these commonly held beliefs.

She says the center of the original concern that vaccinations were contributing to a rise in ASD is the chemical thimerosal, a mercury-containing organic compound previously used as a preservative in many recommended childhood vaccinations.

However, in 2001, thimerosal was removed or reduced to trace amounts in all childhood vaccinations, with the exception of one type of flu vaccine. And a thimerosal-free alternative is available for the flu vaccine. Though the compound has been removed or greatly reduced, the belief that childhood vaccinations cause autism persists, even though the rates of ASD diagnoses have steadily climbed despite its removal.

“I think parents are understandably in a state of panic about their little ones and want an answer,” Dr. Fried says. “The mystery surrounding the cause of ASD naturally creates a sense of concern for a parent—a desire to have a conclusion about the cause that they can control.”

Parents should maintain a good relationship with their pediatrician or family physician so frank conversations can be had and decisions can be made collaboratively, she says. Parents need to have a comfort level with their doctor to talk about the vaccination schedule and make decisions based on facts.

Belief: The number of children diagnosed with autism is surging, according to the Centers for Disease Control and Prevention (CDC).
True.
According to the CDC, in 2010, one in 68 children was diagnosed with ASD, the diagnosis that includes autism, Asperger syndrome and pervasive developmental disorder not otherwise specified (milder forms of autism). In 2000, that number was just one in 150 children. And the agency reported a 30 percent increase in ASD diagnoses from 2008 to 2010.

The disorder is more common in boys than girls. Currently, it’s estimated that one in 42 boys and one in 189 girls have been diagnosed with ASD.

“We’ve absolutely seen an increase in the number of children presenting with ASD,” Dr. Fried says. “The current understanding is that ASD is caused by some combination of genetic, biologic and environmental factors,” she says. The contribution of each of these factors may vary from individual to individual. Children who have a sibling with ASD are at a higher risk of having ASD, and the probability is higher for fraternal twins and higher still for identical twins.

“We don’t know what the environmental factors may be,” Dr. Fried says. “Research to date doesn’t point to any particular toxin or dietary practice. It’s a question mark. But there is good research that is ongoing.”

Belief: Children with autism don’t have emotions—including joy, sadness or love—so they may be cold and not empathetic.
False.
“Children with ASD are children first and, therefore, have emotions,” Dr. Fried says. “The manner in which they express those emotions may be different or unusual. For example, a child with ASD may giggle when uncomfortable or concerned. He may show no emotion on his face in an emotionally loaded situation. He may recite relevant dialogue from a movie in response to an emotional situation.

“This doesn’t mean he doesn’t have emotions. It just means that he’s manifesting them differently than you or me.”

If a child with ASD giggles at inappropriate times, try not to overreact or verbally correct the child, because your message will likely be lost on him or her. Dr. Fried says it’s a good idea to collaborate with your child’s therapists to work on emotional goals, first building the child’s attention, imitation and responding skills. Keep in mind that children with ASD who are verbal and have strong learning skills may still have difficulty understanding humor and figures of speech, she says. Those skills often must be taught.

“Parents know their children best. Whatever you learn about your child’s expression of emotion, make sure key others know about that expression—teachers, grandparents, babysitters and therapists,” she says. “If Johnny paces, you may know that means he’s asking for help. Give others the information they need to be successful with your child.”

Read part 2 for more information about the truth and myths on autism, here.