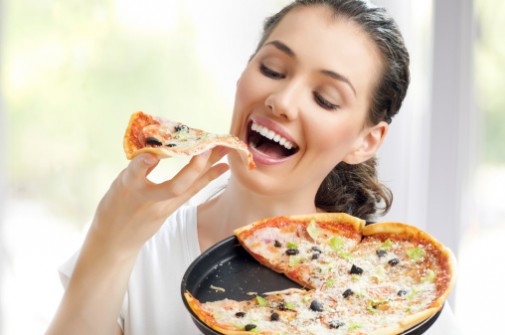 A new study published in the journal Psychological Science finds that your last bite of food can be more memorable than your first bite. And that food memory can have a strong influence on  whether or not you choose that food again.

Researcher Emily Gabinsky of the Stanford University Graduate School of Business said in a statement that until now, there’s been little research on determining when people will eat that same food again.

“Companies profit not only from the sale of food items but also from how frequently those particular items are sold, and the impact of eating both healthy and unhealthy foods on people’s health is determined not only by how much they eat but how often those foods are eaten,” Garbinsky said. “As such, it seemed important to get a better understanding of what influences the amount of time that passes until consumption is repeated.”

Study leaders also found that that portion sizes also had an influence on future food choices.

About 130 undergraduate students sampled three different flavors of crackers and then chose one to eat more, according to researchers. They were then asked to rate how much they liked each cracker that they sampled, and the results revealed that those who ate a smaller portion of crackers— about three crackers instead of 15—enjoyed them more.

Researchers believe that food becomes less enjoyable if you eat larger portions. The last few bites will become less and less enjoyable, and overall the last bite is very influential to wanting to eat it again. The study also concluded that the students who ate less wanted to eat the crackers again sooner.

The results showed that smaller portions are more enjoyable because we tend to remember the last bite, as oppose to the repetitiveness of larger portions.

“Our memories for foods are often vivid, especially when we experience foods that are terrifyingly bad or delightfully good,” Jamie Portnoy, dietician at Advocate Condell Medical Center, Libertyville, Ill., says. “Eating slowly and savoring every bite will not only make the meal more enjoyable, but will help with digestion too.”

Although research shows that smaller portion sizes lead to more enjoyable savoring, study leaders said this is only the beginning and more research is needed.