Home / Pregnancy / When it comes to giving birth, does age matter?

When it comes to giving birth, does age matter? 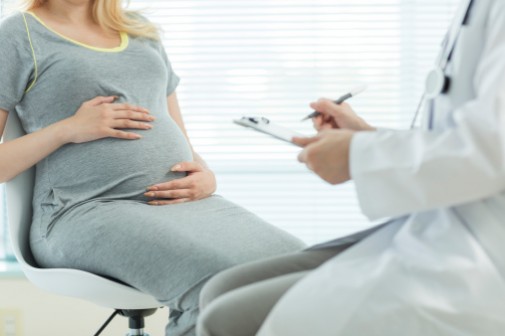 I often hear the question: Does going straight to In Vitro Fertilization (IVF) make sense as women age? Understanding the reason age affects fertility helps explain the suggestion of moving quickly to IVF.

Is it just the eggs that are affected by aging? How about the uterus? This is challenged by the use of donor oocytes in women over the age of 45, demonstrating that the uterus remains highly functional as women age, some so far as carrying a child in their early 60’s. Yet, a woman’s monthly chance of conceiving begins to decline early in her life.

While the media has sensationalized some Hollywood actresses’ pregnancy when they are in their late 40s, the same articles do not mention, or do not realize, how frequently these pregnancies result from the use of donor eggs.

So how does age reduce a woman’s chance of having a child?
Two physiologic factors explain this. The first involves quantity. This decline in the quantity of a woman’s eggs starts as life begins. By the time a woman is born, her egg supply has been reduced from 6-7 million eggs to 2-3 million. By the time menstruation begins, that number has gone down to 300,000 to 400,000 eggs.

Each month, during a woman’s early years (of menstruating), 1,000 eggs will develop, from which the ovary will release only one, the remainder of which will die off. When a woman reaches menopause, usually in her early 50s, her egg supply has been virtually depleted. Why then does a 38-year-old woman, with as many as 50,000 eggs left, have a reduced chance of conceiving?

The answer lies in the second physiological factor, quality. Simply put, as a woman ages, more of her eggs are damaged. This damage may be due to the fact the ovary may choose the best eggs first, at an earlier age, and thus only those eggs the ovary did not select remain as a woman ages. Or the environmental effects upon the eggs may causes damage just like any aging cell.

For example, smoking accelerates the aging process for women. Either way, as women age, more of the remaining eggs are physically damaged. Clinically this is seen as an increase in the risk of have a child with Down syndrome as women age. It is also seen clinically in the fact that as women age, the chance of having a miscarriage increases. The majority of age-related miscarriages are due to pregnancies that have the wrong number of chromosomes.

Does IVF ‘reduce’ aging?
IVF is a process whereby women are treated with the hormone FSH, so that they develop a number of eggs. These are then removed, fertilized and then allowed to develop for three to five days. These embryos are then placed in the uterus.

A second benefit of utilizing IVF and embryo testing is to help identify woman who never, or almost never, produce embryos with the correct number of chromosomes. This is tragic news but it is valuable information in trying to decide what to do next.

For women who almost always produce embryos with the wrong number of chromosomes, they probably have no increased chance of conception using IVF than if they just try on their own, as long as there are sperm and the anatomy is normal.

Knowing this, a person can choose to spend their efforts and money on alternatives such as no treatment, donor oocytes, or adoption and avoid unnecessary treatment.

The bottom line of IVF and aging
The major problem now with screening embryos for chromosome number is cost, since this is a new technology and is still expensive. However, if IVF is evaluated on a cost-per-baby basis (a concept most patients and physicians find seamy).

IVF using chromosome screening may turn out to be highly cost effective. Patients may find it useful to discuss this with their physicians and see if it is the correct path for their particular situation.

The bottom line is that age has a devastating effect on fertility for women. We know that women with normal fertility, whether they are young or in their late thirties or early forties, will conceive quickly. A 38-year-old female who is trying to get pregnant should be able to do so within the first six months of trying.

If that is not happening then it is appropriate to do an infertility investigation to determine if age is the cause. If so, aggressive treatment, such as doing IVF, may afford that women a chance to have a child that is genetically hers. Waiting can remove that chance.

For the past thirty years, John S. Rinehart, M.D., Ph.D., J.D., has maintained an exclusive practice in infertility and reproductive endocrinology in the Chicago area. He is a Founding Partner in Reproductive Medicine Institute. Dr. Rinehart is board certified in the fields of Obstetrics/Gynecology and Reproductive Endocrinology. He completed his residency in obstetrics and gynecology at Johns Hopkins Hospital and his fellowship in reproductive endocrinology at Harvard Medical School and Brigham and Women’s Hospital. In addition, Dr. Rinehart completed his law degree with a concentration in health law at DePaul University College of Law, Chicago, in 2002. Dr. Rinehart continues to focus his expertise on providing comprehensive reproductive medical care to women, men and adolescents. Dr. Rinehart is on staff at Advocate Good Samaritan Hospital in Downers Grove, Ill.