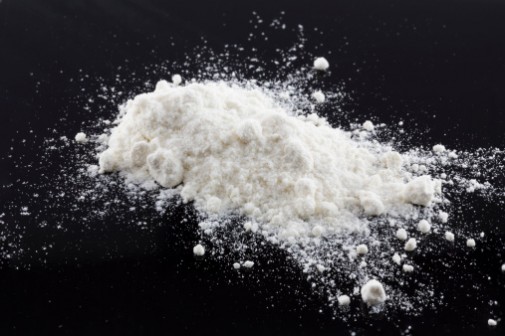 The US Food and Drug Administration (FDA) is warning  consumers to avoid purchasing pure caffeine powder, a performance enhancing supplement.

Popular as a pre-workout supplement, the safety alert suggests that the caffeine powder, sold online and in health food stores, can be dangerous and even fatal.

A high school student in LaGrange, Ohio, recently died of heart complexities from excessive caffeine consumption. The student’s mother says that he probably overdosed from trying the caffeine powder, which was found in his home, for the first time, according to FDA.

Officials say it is almost impossible to measure an accurate amount of the powder. “These products are essentially 100 percent caffeine, a single teaspoon of pure caffeine is roughly equivalent to the amount in 25 cups of coffee,” according to the FDA.

Symptoms of caffeine overdose are rapid/dangerously erratic heartbeat, seizures, vomiting, diarrhea, disorientation, and even death, according to the FDA.

“Caffeine is a mild stimulant that people often use to stay awake and alert,” Jamie Portnoy, registered dietitian at Advocate Medical Group, says. “Surplus amounts of caffeine may cause: anxiety, insomnia, and can temporarily speed the heart rate. It also has a mild diuretic effect which can lead to dehydration.”

Portnoy also says that most people should limit caffeine consumption to 200-300 milligrams a day. This measures out to be two or three cups of coffee.

The FDA suggests reporting any events that are associated with using the caffeine powder. It also suggested that parents be aware of their teenagers and young adults, as they could perceive the supplement as beneficial.