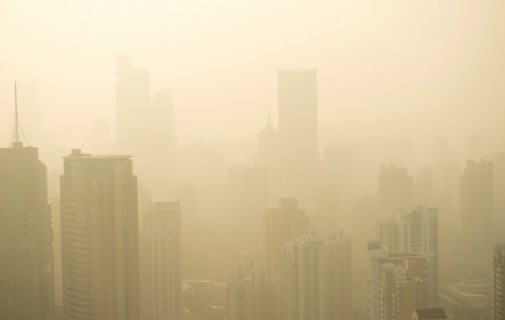 Living with someone who smokes indoors is equivalent to living in a heavily polluted city, experts say.

According to a new study published in Tobacco Control, nonsmokers who live with smokers are exposed to triple the World Health Organization’s recommended safe levels of harmful air particles.

Researchers collected air quality data from nearly 100 smoking and 20 nonsmoking households. They found that the concentration of fine particulate matter was about 10 times higher in the homes with smokers than in the nonsmoking homes.

The researchers estimated that a person living in a smoking household would inhale about 5.8 grams of fine particulate matter over 80 years. This is similar to the amount of fine particular matter inhaled by people who live in cities with high levels of air pollution, they said.

“Smokers often express the view that outdoor air pollution is just as much a concern as secondhand smoke in their home,” said study author Dr. Sean Semple, in a news release. “These measurements show that secondhand tobacco smoke can produce very high levels of toxic particles in your home. Much higher than anything experienced outside in most towns and cities.”

The Centers for Disease Control and Prevention (CDC) report that since 1964, 2.5 million non-smokers have died as a result of exposure to secondhand smoke.

If a smoking household became smoke-free, nonsmokers would inhale about 70 percent less fine particulate matter per day, the researchers said. The reductions would be most significant for very young children and seniors.

“Smoking is just about the worst thing you can do to yourself and the people around you,” says Dr. Adam Posner, a pulmonologist with Advocate Condell Medical Center in Libertyville, Ill. “It damages the lungs, heart and vascular system, and can even lead to cancer.”

For five quick tips for quitting smoking, along with many other resources that smokers can access to get help quitting, please click here.