Women lag behind men when it comes to heart care 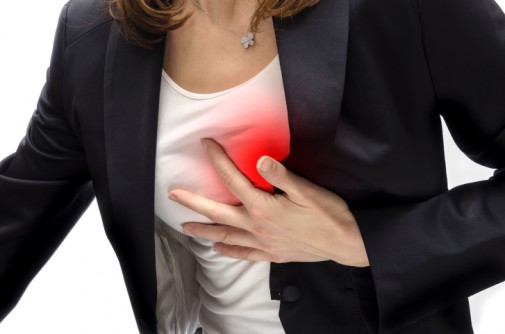 Typically, men are the ones who have to be dragged to the doctor’s office for a basic yearly exam or a physician-advised colonoscopy. However, a recent study presented at the Canadian Cardiovascular Congress showed that it’s women who are lagging behind and delaying their care when it comes to heart ailments.

Women tended to be in denial of their issue for a longer time than men. The study showed men at least talked to a friend about their condition, while women just stood pat until someone else mentioned it.  Women were one and half times more likely than men to wait for symptoms to become more severe and more frequent before seeking medical attention.

And just like stroke, timing is everything when a heart attack or any cardiac symptoms persist.

“Women would wait for others to tell them they looked horrible,” says Dr. Catherine Kreatsoulas, lead author of the study and a Fulbright Scholar and Heart and Stroke Foundation Research Fellow at the Harvard School of Public Health, in a news release. “Women displayed more of an optimistic bias, feeling that the symptoms would pass and get better on their own. The main danger is that when someone comes to the hospital with a more severe or advanced stage of heart disease, there are simply fewer treatment options available.”

The study included patients with suspected coronary artery disease, which is a leading cause of mortality for both genders, even though some might consider heart attacks and heart ailments as a man’s disease. As a result, those who have ailments usually experience angina, which is pain that occurs because of blockage of one or more of the heart’s arteries. In those cases, the heart doesn’t get as much blood and oxygen as it needs causing a pressure, tightness or burning feeling in the chest. Both genders experience different kinds of pain when they have a heart ailment.

“In men, usually the angina are chest pains radiating to the left arm or jaw and difficulty breathing,” says Dr. Amit Vyas, cardiologist at Advocate Trinity Hospital in Chicago. “But in women many times atypical symptoms like pain that feels like gas combined with a nausea feeling is what they experience.”

A two-part study, researchers interviewed cardiac patients about their experiences and when they decided to seek medical care. All patients had suspected coronary artery disease and at least one abnormal tests. The study also said both genders could do a better job at going to see a physician earlier instead of attributing the cause to heart burn.