Living near fast food outlets can be costly 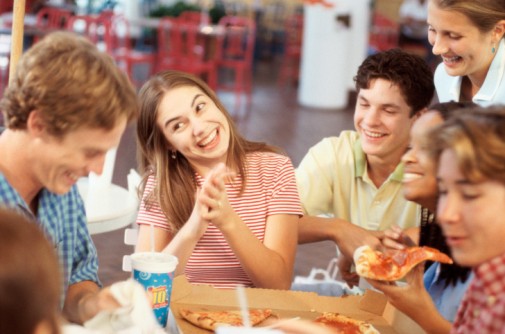 Temptation is hard to avoid when it’s just around the corner from your home. That is especially the case when it comes to eating foods that are not healthy for you.

New research led by the University of Leicester found that the closer you are to fast food outlets, the higher your risk of getting Type 2 diabetes or becoming obese. It is no wonder why those two conditions often affect city residents at the highest rates. The research found that there were a larger number of fast-food outlets within 500 meters of inner-city neighborhoods.

Based on interviews with more than 10,000 people, study leaders discovered that diabetes figures spike in the city because of the sheer number of other fast food outlets. While there are healthy options as well in those restaurants, most people who go in for quick meal or snack bypass those choices for fattier and greasy options. Fast-food is high in total fat, trans-fatty acids and sodium. Also portion sizes have increased dramatically over the last 50 years, including the sugar-rich soft drinks.

For Dr. Niva Lubin Johnson, an internist at Advocate Trinity Hospital in Chicago, diabetes has hit close to home. Both her grandfathers and her brothers died of diabetes.

“People don’t often take diabetes as seriously as they should. This is something that can not only alter your life, but cause blindness and death,” says Johnson. “They say ten to 15 percent of the population has diabetes and I think it could be double that. There are so many people who are walking around who don’t know they have it.”

Professor Kamlesh Khunti, professor of Primary Care Diabetes & Vascular Medicine at the University of Leicester, said those who lived in the city had an average of two fast food outlets within 500 meters of their home. They were prone to various health ailments including digestive and gastrointestinal issues.

“This number differed substantially by key demographics, including ethnicity; people of non-white ethnicity had more than twice the number of fast-food outlets in their neighborhood compared with whites,” says Khunti. “This in turn was associated with higher prevalence of obesity and diabetes. The results are quite alarming.”

The research, which was published in Public Health Nutrition, was carried out by a team from the University of Leicester’s Diabetes Research Centre, Department of Health Sciences and Department of Geography in collaboration with the Leicester Diabetes Centre based at Leicester General Hospital.

Dr. Johnson says having diabetes doesn’t mean you have to give up all the foods you like.