Home / Parenting / How a diet change can affect epilepsy

How a diet change can affect epilepsy 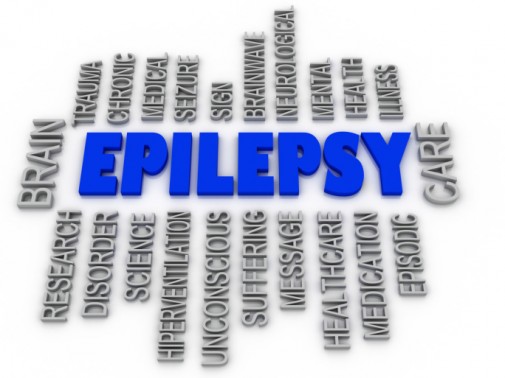 Its prevalence worldwide is greater than autism, cerebral palsy, multiple sclerosis and Parkinson’s disease combined. However, few individuals really know about the ailment that strikes people of all ages.

Epilepsy is a medical condition that produces seizures that disturbs a person’s mental and physical capabilities. It affects more than 50 million people worldwide and about two million people in the United States.

Medical officials hope to educate the masses about recurrent, unprovoked seizures that occur out of nowhere. When seizure attacks happen more than once, the diagnosis is epilepsy. It is the fourth most common neurological disorder in the U.S., behind migraines, strokes and Alzheimer’s disease, according to the Epilepsy Foundation.

The conditions can start with children younger than two-years-old and range to adults over 65-years-old. Those with epilepsy often face challenges related to managing epilepsy treatment, symptoms, disability, lifestyle limitations, emotional stress and stigma. Juvenile myoclonic epilepsy is the most common of the generalized epilepsy syndromes for children.

Some of the hallmark characteristics include shock-like, irregular and arrhythmic movements of both arms. Sometimes these movements are restricted only to the fingers making the individual look clumsy or prone to dropping things. The jerks typically occur in clusters with no warning signs. The only slight clue is that these seizures occur within 30 minutes to an hour of the child waking up.

The seizures can interfere with normal activities like eating breakfast and brushing teeth.

Some doctors have recommended the ketogenic diet for two-year-olds with epilepsy, which is a diet that consists of 80 percent fat from ground nuts, eggs, butter, cream, pork and certain vegetables. The other 20 percent is carbohydrates and proteins. The diet forces a child’s body to burn off fat around the clock which can help with the seizures.

“Because the ketogenic diet has a whole lot of fat from cream and cheeses, it can be very effective, especially for children with epilepsy,” says Dr. Shahida Ahmad, neurologist at Advocate Trinity Hospital in Chicago. “The problem is that this diet may not be as effective for adults because they may not be able to tolerate it. That kind of diet may cause other health problems for adults with all that fat even if it does help their seizures.”

She believes the first line of defense could be medication along with medical devices that are slowly coming into the market to regulate seizures. Typically when someone is diagnosed with epilepsy, physicians run an EEG, which detects abnormalities related to electrical activity of the brain. Small metal discs with thin wires are placed on the scalp and then send signals to a computer to record the results of brain wave patterns.