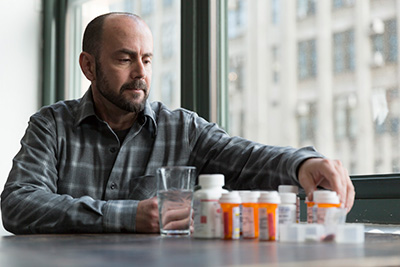 Marketing works in many ways. It plants the seed to maybe purchasing that watch or TV that you really never needed. It pushes you to try a new restaurant or product and ultimately changes behaviors or patterns. And The Centers for Disease Control and Prevention (CDC) says their marketing efforts to get people to kick the smoking habit are paying off.

The first, federally funded, national mass media anti-smoking campaign, Tips From Former Smokers, launched in 2012 with a cost of roughly $48 million. The 12-week campaign was responsible for an estimated 100,000 smokers quitting permanently. It also motivated more than 1.6 million to at least attempt to quit.

Cigarette smoking is the leading preventable cause of disease and death in the United States, killing about 480,000 Americans each year. For every person who dies this year, there are more than 30 Americans who continue to live with a smoking-related disease, according to the CDC.

“People are dealing with chronic obstructive pulmonary disease and emphysema, which destroys the lungs over time,” said Dr. Cedric Coleman, an internal medicine specialist at Advocate Trinity Hospital in Chicago. “There are so many destructive things that we do to ourselves including smoking and things that lead to diabetes. We have to educate our patients and be advocates for them to make things change.”

The Tips from Former Smokers, campaign spent $480 per smoker who quit and $393 per year of life saved. A commonly accepted threshold for cost-effectiveness of a public health intervention is $50,000 per year of life saved. The results of the study were published this month in the American Journal of  Preventive Medicine. Audiences would likely recognize the brief commercials where a former smoker—sometimes needing to talk through a voice box—discusses how their lives are dramatically different because of the effects of smoking.

“There is no question the Tips campaign is a ‘best buy’ for public health because it saves lives and saves money,” said CDC Director Dr. Tom Frieden, in a news release. “Smoking-related disease costs this nation more than $289 billion a year. The campaign is one of the most cost-effective of all health interventions.”

Smokers can get help quitting by calling 1-800-QUIT-NOW. The quit line provides free counseling and information about the smoking cessation program, which is approved by the U.S. Food and Drug Administration (FDA). Helpful tips on how to quit are also available on the website at www.smokefree.gov.