Brain bleeds could overwhelm hospitals in the future 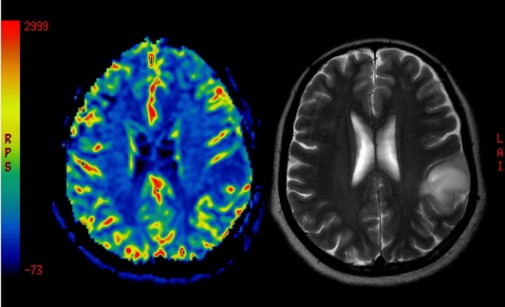 Rates of chronic subdural hemorrhages, known as brain bleeds, are rising in the U.S.

Researchers say that by 2030, the condition could become the most common adult brain disorder requiring surgery. Health experts agree this is particularly troublesome and could leave hospitals undermanned, and neurosurgeons overwhelmed.

“The projected increase in cases of chronic subdural hematomas is worrisome,” says Dr. Franco Campanella, neurologist in the Neurosciences Institute at Advocate Christ Medical Center in Oak Lawn, Ill. “If the numbers prove accurate, treatment for this condition could become the most common neurosurgical procedure performed by 2030.”

Up to 20 percent of patients with chronic brain bleeds suffer from significant disability, according to study leaders at New York University Langone Medical Center. In addition, hospital stays for the treatment of this disorder can be long.

Although brain bleeds are often attributed to head trauma, they can also be caused by conditions related to aging and greater use of blood-thinning medications. In these cases, even minor head bumps can lead to serious bleeding complications of the brain.

Given current aging trends, the incidence of chronic brain bleeds among veterans could jump to 121.4 cases per 100,000 by 2030 and to 17.6 cases per 100,000 persons in the general U.S. population during the same time frame, the study team indicated.

“It is imperative,” researchers wrote, “that hospitals and neurosurgeons are well equipped to treat this condition in an efficient and cost-effective manner.”

Evidence shows that a hospital stay following treatment for chronic brain bleeds can be significantly greater than that for surgery to remove a brain tumor. That means hospitals could be faced with growing numbers of neurosurgical inpatients as cases of chronic brain bleeds continue to rise.