Kids’ misbehavior may pay off later in life 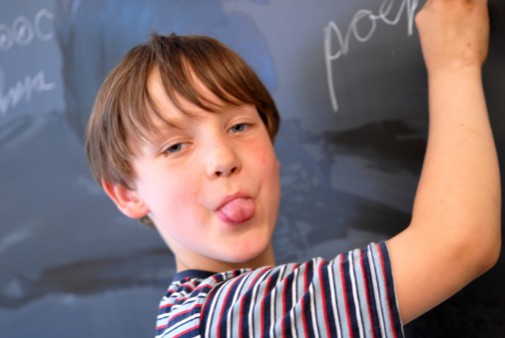 A study reported in the journal Developmental Psychology showed that misbehaved children are more likely to earn higher salaries as adults than their well-behaved peers.

Researchers at the University of Luxembourg, University of Illinois at Urbana-Champaign and the Free University of Berlin followed 745 people throughout their lives starting at age 12 and continuing to 52 years old.

Study leaders performed a pre-assessment on not only the children but their school teachers as well. The students were asked to answer questions about their behavior, while teachers were asked to offer their opinions on the student’s behavior—like inattentiveness, a sense of entitlement and rule breaking.

Forty years later, participants were then evaluated on their occupational success based on an index that ranked occupations based on prestige and socioeconomic status.

Researchers were surprised by the findings.

“Rule breaking and defiance of parental authority was the best non-cognitive predictor of higher income after accounting for IQ, parental socio-economic status, and educational attainment,” study leaders reported to media.

Although researchers were stunned by the results, they offered some theories to back up the results.

“We might assume that students who scored high on this scale might earn a higher income because they are more willing to be more demanding during critical junctures such as when negotiating salaries or raises,” they said.

They also found that participants who defied authority thrived on competition more than their peers and engaged in unethical decisions.

But mental health experts warn not to jump to the conclusion that bad behavior can pay off.

“This study is interesting in that it helps us to understand some possible characteristics of higher-earning individuals, but it should not give us cause to ignore misbehavior,” says Dr. Gabrielle Roberts, clinical psychologist at Advocate Children’s Hospital in Oak Lawn, Ill.

She suggests parents should provide kids with opportunities to channel their energy in other outlets.

“Parents of children who have difficulty following rules may find that their child would benefit from another outlet, such as sports, computers or an artistic pursuit, which may benefit them and their behavior by providing an opportunity for positive interaction and feedback.”