We may not actually need 8 hours of sleep 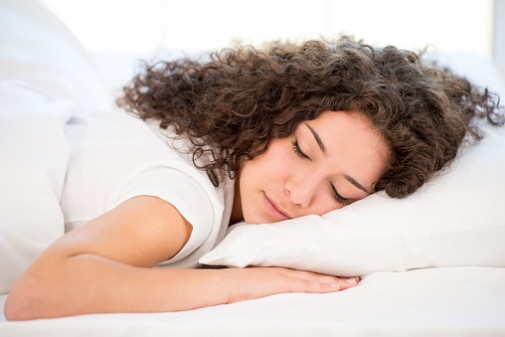 The recommended amount of sleep is unattainable for many due to their busy schedules. The conveniences supplied by technology in the modern world – the glow from artificial light, television, smartphones and the Internet – are often thought to be reasons why people sleep less than they used to, but this may not be case.

To investigate how long people slept before modern conveniences, professor Jerome Siegel and researchers from the University of California-Los Angeles studied three traditional human hunter-gatherer societies in Africa and South America, and recorded the sleeping habits of 94 healthy individuals for over three years.

Researchers found that these individuals averaged 6.5 hours of sleep per night, and naps were not the norm. In addition, hunter-gatherers rarely suffered from chronic insomnia, which affects nearly 10 percent of the U.S. population, according to the Centers for Disease Control and Prevention.

Even though they lacked artificial electric lighting, they went to sleep about three hours after the sunset, and woke up before sunrise. On average, these individuals slept an hour longer in the winter than in the summer.

Of particular interest to researchers, the hunter-gatherers went to sleep as the temperature fell, not when daylight ended, and slept through the coldest part of the night.

“What we saw was quite striking – that sleep is occurring during this period of falling temperature and when the temperature hits bottom, they wake up,” Siegel said in a news release.

Researchers concluded sleep time may be more closely linked to temperature than natural light, and that mimicking aspects of a natural environment might help treat sleep disorders.

“I think the correlation to sleep time and temperature are interesting and may help us be mindful in planning our schedules and the temperature in our home,” says Dr. Muhammad A. Hamadeh, pulmonologist and sleep specialist at Advocate Christ Medical Center in Oak Lawn, Ill.

However, to manage both work and personal commitments, people often need to wake up a few hours before sunrise and extend their day well past sunset.

“In modern society, artificial light has given us the ability to work and play without much limitation from natural light and temperature cycles,” says Dr. Hamadeh.“The heavy demands of our modern society, increasingly due to the advanced technology, disrupt our natural sleep timing and can lead to insomnia.”

← Is 30 minutes of exercise a day enough?
Common ingredient in nail polish may be harmful for women →