How watching TV impacts your health 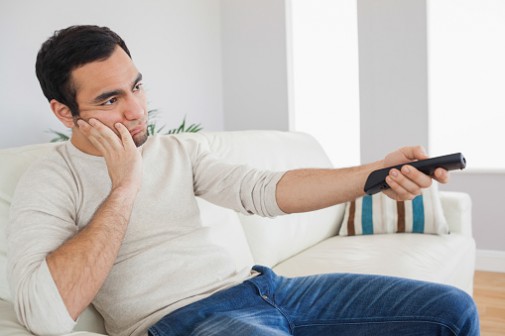 A study published in the American Journal of Preventive Medicine suggests channel surfing may be seriously harming your health.

The study not only confirmed a relationship between television viewing and an elevated risk of death from cancer and cardiovascular disease, but it also discovered new linkages. The research identified a higher mortality risk for six other leading causes of death in the U.S., including diabetes, influenza/pneumonia, Parkinson’s disease and liver disease.

Researchers at the National Cancer Institute examined more than 221,000 individuals 50 to 71 years old who were all free of chronic disease. The data gathered showed that compared to those who watched less than one hour of TV per day, individuals who watched three to four hours per day were 15 percent more likely to die from any cause, and those who watched seven hours or more were 47 percent more likely to die. When factors such as caloric and alcohol intake were controlled, the numbers remained the same.

In situations outside of the study where caloric intake is not controlled, eating while watching TV poses serious health risks.

“Mindless eating in front of the TV is extremely dangerous, and individuals often do not know how many calories they have consumed,” says Brandon Nemeth, fitness coordinator at Advocate Christ Medical Center in Oak Lawn, Ill. “They may not even realize they are still eating a bag of chips until the bag is empty.”

Nemeth suggests removing food from the equation when it comes to TV time.

“Make it a rule that no food is allowed on your couch or recliner,” he says. “If that is too difficult, snack on vegetables, one serving of low-sodium nuts, or better yet, drink a nice big glass of water.”

While researchers determined the life-threatening effects of TV watching extended to adults who are both active and inactive outside of viewing hours, experts still urge people to choose exercise over inactivity.

If you’re worried about fitting both exercise and TV time into your day, Nemeth offers a suggestion.

“The average hour-long television program is infused with 22 minutes of commercials, which provide the perfect opportunity to exercise while watching TV,” he says.