Prescription heartburn pills may lead to increased risk of dementia 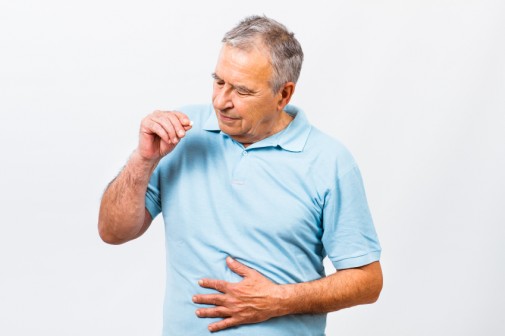 A new study, published in the Neurology edition of the Journal of American Medical Association suggests that people ages 75 or older who regularly take certain heartburn medications may have a 44 percent increased risk of dementia compared with those not using these drugs.

These drugs, also known as proton pump inhibitors (PPIs), include the medications: omeprazole (Prilosec™), pantoprazole (Protonix™), lansoprazole (Prevacid™) and esomeprazole (Nexium™), among others, act to limit the amount of acid produced by the stomach.

Dr. Darren Gitelman, senior medical director at the Advocate Memory Center at Advocate Lutheran General Hospital in Park Ridge, Ill., says this risk is concerning given that the use of these medications is widespread.

“When taking medications, we should use them appropriately to treat a specific problem,” says Dr. Gitelman. “Some medications such as those used to treat high blood pressure may be taken for many years, while others, perhaps such as the PPI medications indicated in this article, should only be used for short periods of time. The same concerns would apply for taking supplements and other forms of alternative medicines long term.”

Dr. Gitelman says today, we have access to research that points to an increased risk of dementia that results from sustained use of other drugs in adulthood.

“These include medications with high anticholinergic properties or possibly drugs belonging to the benzodiazepine class of medications,” says Dr. Gitelman. “Additional research is needed to confirm these finding, to identify the reason that PPI’s carry this risk, as well as to determine if there are options that might limit or negate the negative effects of these drugs.”

Since PPI’s are often used to reduce acid reflux, here are some other ways to reduce the effects of reflux:

If you are currently taking PPIs and would like to ween off of them, start by talking to your doctor.