That gross bacteriome found on office coffee machines is most likely not very harmful, according to a study published in Scientific.

To better understand their findings, researchers from the University of Valencia in Spain analyzed 10 Nespresso machines, based on the brand’s popularity, that were used mostly in workplaces and homes between two and 12 times a day.

Using different techniques such as culturing and electron microscopy to analyze the coffee machines, researchers found 35 to 67 different types of bacteria lurking in the inner drip trays below the used coffee pods. Two main groups of bacteria that were commonly found in nine out of the 10 machines tested were Enterococcus and Pseudomonas. Researchers also found samples of Stenotrophomonas, Sphingobacterium, Acinetobacter and, to a lesser extent, Coprococcus, Paenibacillus and Agrobacterium.

“We live in a sea of bacteria that we actually need to be exposed to in order to survive,” says Dr. James Malow, infection prevention specialist at Advocate Illinois Masonic Medical Center in Chicago. “People encounter hundreds of millions of different bacterial cells daily, but our immune system is designed to fight off any harmful germs so we don’t get sick.”

Researchers also tested Inissia Krups machines, which were found to be used in the office three times a day, for a two-month period. Again, high levels of Enterococcus and Pseudomonas were discovered, indicating that the machine, rather than the users, shape the microbial outcomes. 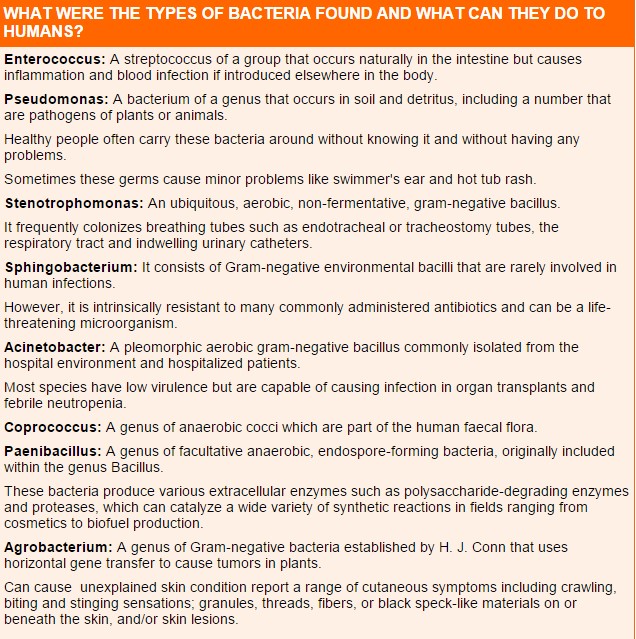 Study authors also agreed with Dr. Malow that the bacteria isn’t harmful and most likely doesn’t end up in coffee, if made correctly.

“The coffee from [capsule] machines is perfectly safe,” co-author and biology scholar Manuel Porcar said in a news release. “The tray containing the wasted capsules should be cleaned with water and soap, or a few drops of bleach.”