Can tracking your bites help you to eat less? 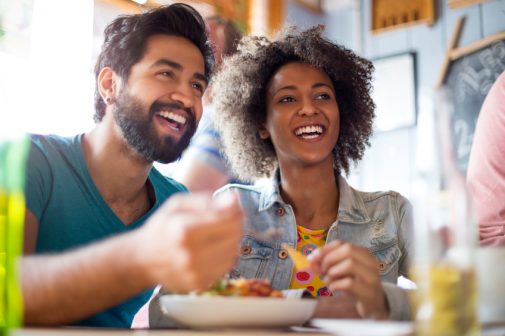 Whether it’s a new fad diet or a rigorous fitness routine, people are always trying to find the best way to lose weight. The latest innovation is a new technology that helps people track their food consumption, causing them to eat less. The watch-like device tracks wrist motion and informs users how many bites they have taken during meals.

Two studies conducted by researchers at Clemson University in South Carolina tracked about 200 people, most of whom were young women with a BMI of 23, indicating that they were in the upper limit of normal weight.

The first study looked at whether the participants changed how much they ate while wearing the bite tracker. Some subjects wore the device, while others did not, acting as the control group. The participants were further split into two groups depending on the size of their plate during meals.

The study revealed that people eating on large plates took about 4.5 more bites than those with small plates. However, as long as the participant was wearing the bite tracker, he or she took about five bites fewer than those who weren’t wearing the device.

The second study also used varying plate sizes and the bite tracker, but this time, people were told to take either 12 bites or 22 bites. Researchers found that subjects who were told to take 12 bites did take significantly less bites, but also consumed more in each bite, so the calorie intake of both groups was roughly the same.

Overall, the tracker did make people aware of how many bites they were taking. Although this device doesn’t help people make more nutritious choices, it goes a long way in generating self-awareness regarding how much one has consumed and preventing overeating.

“I believe it could be used as a tool for weight loss. To get the greatest impact, this technology could be incorporated into a doctor-supervised program which would include a dietitian and exercise physiologist,” says Dr. Mikhail.