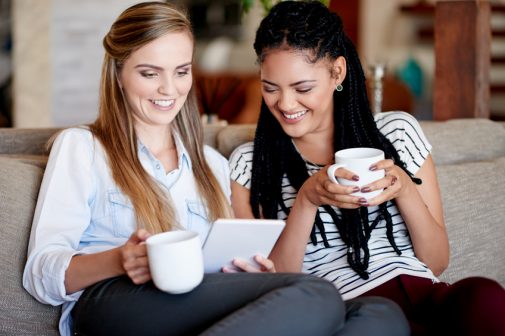 For many people, the day doesn’t start until they’ve had their first cup of coffee. According to the National Coffee Association, Americans drink an average of 3.1 cups of coffee a day, collectively spending about $40 billion on the beverage each year. And now, it isn’t just a shot of espresso that’s giving them a jolt—drinkers are adding interesting ingredients to their cup of joe.

You may not have heard of lemonade coffee or butter coffee, but some shops and connoisseurs have been brewing the seemingly bizarre beverages for some time. The drinks’ makeup are exactly as they sound—lemon or butter mixed into coffee. For some, the coffees are a change of pace. For others, they’re a self-proclaimed health ritual. And certain coffee brewers add a little more to the drink—one shop in Brooklyn has created the “Almond Palmer,” a mixture of cold brew coffee, lemon, vanilla simple syrup and almond milk, all over ice.

But hearing about the creative concoctions may leave you wondering how healthy these fads can be.

Dr. Vanessa Hagan, an internal medicine physician at Advocate Christ Medical Center in Oak Lawn, Ill., sees health risks in the bottom of both mugs. She says that consuming lemonade coffee on a regular basis isn’t a good idea due to the high acidity of both the combined beverages.

“The number of patients I see on a weekly basis with complaints of heartburn and acid-reflux is staggering, and it’s usually due to diets high in acidity,” she says. “Drinking a combination of coffee and lemonade could be a recipe for disaster in someone who already has gastroesophageal reflux disease (GERD). This could also start inflammation of the esophagus in someone who doesn’t have acid-reflux yet.”

And some butter coffee proponents claim that consuming grass-fed butter in their coffee provides omega-6 and omega-3 fatty acids as well as vitamin K, essential fats and vitamins, and that drinking this in the morning will help burn fat all day long.

“It would be very dangerous for many people, including those with coronary artery disease and high cholesterol, to consume butter coffee on a regular basis—if at all. While grass-fed butter is high in omega fatty acids, which is a good thing, it is high in saturated fats,” says Dr. Hagan.

These fats raise cholesterol levels, which in turn lead to an increased risk for stroke and heart disease.

“There are many people who eat fast food and saturated fats all the time, and their cholesterol is normal. There’s no explanation for that. This special group of people who are protected from saturated fats, whether genetic or due to some other circumstances, may be fine consuming butter coffee, but for the mainstream population, it isn’t a good idea.”

So if you’re still in need of your daily cup (or two) of caffeine, consider sticking to what you know.

← Worried about your child’s weight?
3 simple ways to sneak fitness into your daily routine →