What causes most cancers? 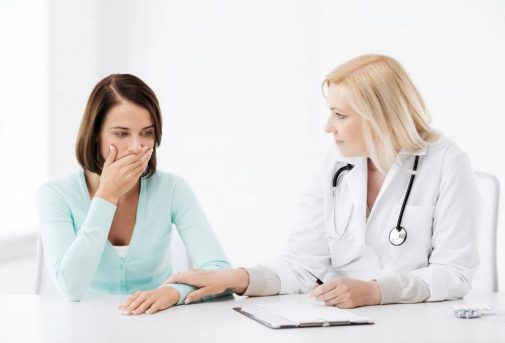 When it comes to cancer, many people ask themselves “why me?” or “why my family member?” While cancers are a result of many factors, new research looked to identify the most common cause.

The research, out of Johns Hopkins University, used mathematical modeling to look at mutations that lead to abnormal cell growth for 32 different types of cancer. They found that many tumors were actually caused by random genetic “mistakes.” The researchers from the study, which was published in the journal Science this month, said they now believe that the majority of cancers are in fact caused by these random copying errors.

“It is well-known that we must avoid environmental factors such as smoking to decrease our risk of getting cancer. But it is not as well-known that each time a normal cell divides and copies its DNA to produce two new cells, it makes multiple mistakes,” said study co-author Cristian Tomasetti in a news release. “These copying mistakes are a potent source of cancer mutations that historically have been scientifically undervalued, and this new work provides the first estimate of the fraction of mutations caused by these mistakes.”

As part of their mathematical model, they found, for example, that when all these mutations are added up, 77 percent of pancreatic cancers are due to the random errors. For other cancers, the random copying errors were even more prevalent. For prostate cancer and bone cancer, over 95 percent of the mutations were caused by the copying problems.

Still not all cancers followed this pattern. Sixty-five percent of lung cancer mutations were due to environmental factors and only 35 percent due to copying errors.

Overall, they found 66 percent of the mutations could be attributed to copying errors.

Experts aren’t surprised by these results.

“As an oncologist and researcher myself, the results of this study were not surprising but rather educating on something we all felt to be true for a long time,” says  Dr. Sigrun Hallmeyer, an oncologist-hematologist at Advocate Lutheran General Hospital in Park Ridge, Ill. “There is an important key message here that most cancers arise ‘spontaneously’ due to random copy errors, and even in the very best human environment and adherence to lifestyle guidelines, cannot be avoided.”

Still, Dr. Hallmeyer doesn’t believe this should be the key takeaway.

“A small minority of cancers are due to exposure – for instance, smoking – and an even smaller fraction due to inherited factors. This means that many of us will not be able to influence our fate of getting cancer; however, the take home message is that one can reduce your chance by a significant percentage when leading a healthy life. The rest of the risk can be modified by participating in early screenings and regular doctor visits, which can aid in detecting many cancers in an early and often curable state.”

So the main message: focus on what you can do to reduce your risk, not what you can’t control.

← Simple tips to make your mornings easier
Is it a sprain, strain or something else? →