Should younger men be screened for prostate cancer? 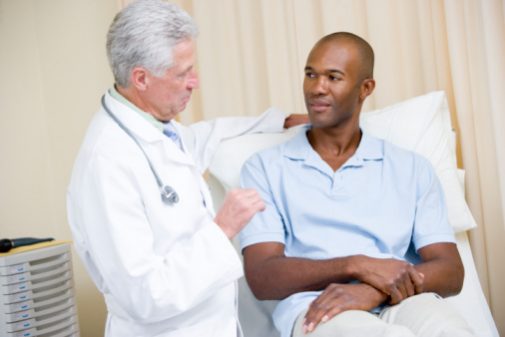 Men ages 55 to 69 may be having more frequent talks with their doctors about prostate cancer screening.

A federal task force that five years ago opposed the test has now proposed revising its guidelines, saying men in this age group should make the screening decision with their doctors.

Dr. Brian Keuer is among those applauding the proposed recommendations regarding prostate-specific antigen (PSA) testing.

“It is finally a step in the right direction for men’s health and cancer screening,” says Dr. Keuer, a urologist at Advocate Good Shepherd Hospital in Barrington, Ill. “We know from several studies that PSA screening for prostate cancer saves lives. If done appropriately, risks and harm from the testing and workup can be minimized.”

Dr. Keuer adds that advances have been made in testing.

“We now have many genomic urine and blood tests that can help gauge a man’s individual’s risk of prostate cancer,” he says. “Multiparametric MRI is also an exciting noninvasive imaging study that can give us information of a man’s risk for higher-grade disease.”

Each year, almost 180,000 American men are diagnosed with prostate cancer. In 2016, more than 25,000 men died of the disease, which often produces no symptoms. Without screening, many men never would know they have prostate cancer, according to the U.S. Preventive Services Task Force, the group that is considering revising its guidelines.

When the task force recommended against routine PSA testing five years ago, controversy ensued. At the time, the group opposed screening for most men ages 55 to 69, saying the potential harms outweighed the benefits. Harms included false positives that led to additional tests or biopsies or the detection of cancers that may have been slow-growing but none-the-less led to surgery and radiation that left men incontinent or impotent.

In the newly proposed guidelines, the task force isn’t urging men to be screened, but the panel is recommending that men talk with their doctors about whether to have the blood test. The revisions are based on research from the last five years, according to the task force, which is taking public comment on the new recommendations.

PSA-testing advocates are pleased with the draft guidelines, saying the screening saves lives. They hope that physicians will take the opportunity to have the screening conversation with their male patients, discussing the potential benefits and drawbacks.

The task force is not proposing any changes in guidelines for men 70 and older.  For this age group, the panel is continuing to oppose screening because prostate cancer is often slow growing.

The Centers for Disease Control and Prevention suggests men ask their doctors these questions when discussing whether to have the PSA screening:

What are the side effects or risk of treatments?

← Don’t use your kids as messengers
I didn’t have a heart attack, but I prevented one →