Home / Advocate Charitable Foundation / Is this the riskiest job on Earth?

Is this the riskiest job on Earth? 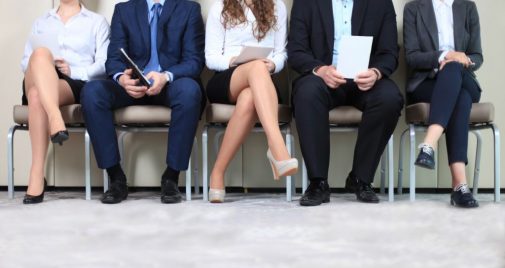 Physical exertion while exposed to extreme heat not only triggers blood clot formation, but impairs blood vessel function—conditions directly linked to increased risk of heart attack, according to new research.

Firefighting is known worldwide as one of the most dangerous professions; burns and smoke inhalation are among the obvious risks. But cardiovascular diseases are the primary cause of death among firefighters, accountable for almost half of on-duty fatalities in the United States each year.

To explore the reasoning behind this terrifying statistic, researchers at the American Heart Association selected 19 non-smoking, healthy firefighters at random from Scotland.

Seventeen of the selected participants were asked to take part in two fire simulations that fell a week apart. Both exercises exposed the firefighters to temperatures over 750 degrees Fahrenheit as they attempted to save a 175-pound victim from a two-story structure.

During the exercise, the firefighters wore a heart monitor to analyze heart rates, rhythm, strength and timing of impulses passing through each part of the heart, which were assessed to look for evidence of heart strain—tension that often indicates lack of blood delivery to the heart.

Researchers also examined the firefighters’ blood immediately following the simulation, again at four hours and then again at 24 hours. From the blood samples, they were able to assess how readily the blood clotted. The connection between extreme heat and heart problems is not entirely understood, but this research – published in the AHA’s journal Circulation – is a helpful indication. Findings revealed that the risk of blood clotting is higher when intense physical exertion and extreme temperatures occur simultaneously, which is likely an ordinary biological reaction to both these stressors occurring at once.

Blood pressure was recorded 30 minutes prior to the exercise, as well as 24 hours after. Immediately following the exercise, blood pressure lowered, which researchers believe to be a likely result of both “dehydration and an increase in blood being diverted to the skin to help the body cool down.”

While firefighting is no doubt dangerous, there’s not unanimous agreement that any one job is indeed “riskiest.” Several professions to make published lists of “most dangerous” or “deadliest” do share a common trait though—they require physical activity outdoors. Construction laborers, roofers, loggers, farmers and ranchers are frequently cited.

“Exercise in very hot temperatures cause changes in the body that can decrease blood supply to muscle and increase supply to skin,” says Dr. Azmey A. Matarieh, cardiologist at Advocate Sherman Hospital in Elgin, Ill. “This combination affects the ability of the heart to work efficiently and pump enough blood to meet the demands of the body. It can cause low blood pressure and put strain on the heart.”

The Cardiac Care unit at Advocate Sherman Hospital has a strong reputation for comprehensive, cardiovascular excellence, as it was one of the first community hospitals in the country to perform open-heart surgery in 1972.

Although the study’s focus was specific to firefighters, consulting cardiologists involved in the study stress that any individuals who exercise while exposed to extreme temperatures also make time to rehydrate and cool down.

“It is very important to stay hydrated before, during and after activities,” says Dr. Matarieh. “Cooling down after exercise also has a beneficial effect on the body and is recommended in most situations after exercise.”

Raising awareness around these risks are vital to survival because through sustaining a healthy fitness level and rehydrating after being on the job, firefighters may be able to avoid cardiovascular risks, at least to some degree.

To support Cardiology at Advocate Sherman Hospital, visit our website.