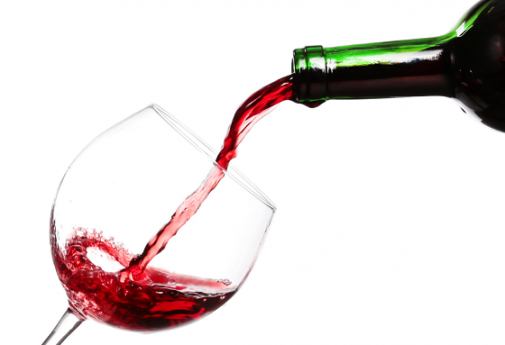 New research published by the Institute of Food Science Research in Madrid, Spain, is showing red wine may have protective benefits for the brain.

“Degenerative diseases of the brain, like Alzheimer’s and Parkinson’s, are due to the death of neurons (nerves) in certain parts of the brain,” says Dr. Melvin Wichter, a neurologist with the Neurosciences Institute at Advocate Christ Medical Center in Oak Lawn, Ill. “While we do not know the specific causes of these diseases, various theories including genetics, environmental exposures and even infections have been proposed.”

In the study, researchers analyzed the gut metabolites produced when wine is consumed. The metabolites were taken from the body waste of those who drink a moderate amount of red wine on a regular basis, or less than 8.45 ounces per day.

In this particular study, the breakdown products of red wine were then added to neurons that otherwise might die and cause diseases like Alzheimer’s or Parkinson’s, explained Dr. Wichter. The researchers discovered that red wine metabolite protected neurons from dying.

According to the researchers, it also showed the correlation between the gut’s processing of wine and the brain’s ability to use it as protection. “This individual difference is a factor not to be neglected to understand the health effects of certain foods. We are now in need to advance our understanding of the effect of diet in the promotion of normal brain function,” said lead researcher Dr. Esteban-Fernández.

“Over the last 15 years, it has been noted in several observational studies using a small number of patients with Alzheimer’s disease that the moderate consumption of red wine might protect the brain from the death of these neurons,” said Dr. Wichter. “Other researchers have proposed that a chemical called resveratrol might provide this protection.”

“However, it is important to note that this was not a study performed on human subjects with Alzheimer’s or Parkinson’s; therefore, the conclusion that red wine might protect patients remains highly speculative and should not be used as a basis for drinking red wine or any alcoholic beverage,” said Dr. Wichter. “Furthermore, the obvious risks of alcohol in any form, including stroke, liver disease and nerve damage far exceed any proposed value.”

So, if you already drink a moderate amount of red wine, raise a glass and toast to potential health benefits! However, if you don’t drink wine, there is no proven reason to start. If you drink in excess, more than 5 – 8 ounces of wine per day, you are likely doing more harm than good.

← Ease cancer symptoms with these activities?
Featured Blog: How a compassionate nurse shaped my life →