Home / Repurposed Story / Is the five-second rule a myth?

Is the five-second rule a myth? 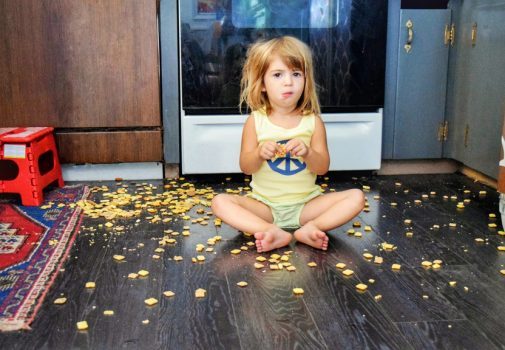 If your food doesn’t touch the floor for more than a few seconds, you’re good to pick it up and eat it, right?

Does science support this so-called rule, or is it just a myth? An article from a professor of food science may make you change your habits.

A Clemson University professor looked at a breadth of past research on the topic. One particularly interesting study out of his lab examined how much bacteria is transferred from the time food falls on the floor to when it is picked up.

The research team swabbed squares of tile, carpet and wood with Salmonella, a bacteria which can cause diarrhea and fever, and then placed bologna and bread on the floor for five, 30 or 60 seconds before measuring the amount of bacteria that transferred to the food.

They discovered that when food was picked up from tile or wood floors, 48-70 percent of the bacteria was transferred.

Interestingly, the length of time the food spent on the floor didn’t matter. Instead, it was the amount of bacteria on the floor that impacted the likelihood and percentage of bacteria that was transferred.

A comparable study was performed in the UK with similar parameters, and the results were the same.

Researchers found it didn’t matter if the food was on the floor for three seconds or 30 seconds, but it was the amount of bacteria on the floor that really made a difference. Surprisingly, the study also surveyed participants and found that a shocking 87 percent said they had eaten or would eat food dropped on the floor.

← Early bird or night owl: The answer may affect your personality
This cancer is on the rise, and women are at risk →