Could this replace typical cancer treatment? 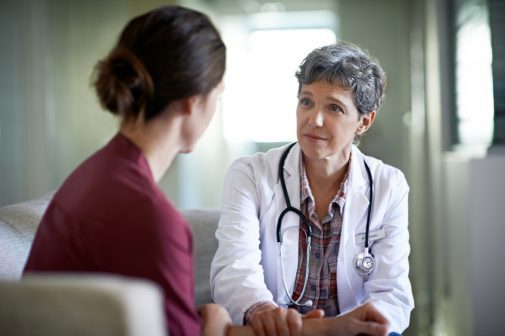 The U.S. Food and Drug Administration recently made huge waves in the medical world by announcing it had approved its first gene-altering therapy for childhood leukemia, a move that could usher in a new age of medicine – so long as people can get access to it.

The agency’s approval of chimeric antigen receptor T-cell, or CAR T-cell, therapy allows for the use of the drug Kymriah for children and young adults whose leukemia doesn’t respond to traditional approaches. The drug utilizes genome editing to use the body’s own immune system to fight cancer.

“Genome editing” is a general term used to describe a set of technologies enabling the precise changing in the DNA of a plant, animal or other living organism, according to the FDA’s website.

Kymriah is a customized treatment created using an individual patient’s own T-cells, a type of white blood cell, according to the FDA. The patient’s T-cells are collected and sent to a manufacturing center where they are genetically modified to include a new gene that contains a specific protein directing the T-cells to target and kill leukemia cells. Once the cells are modified, they are infused back into the patient to kill the cancer cells.

Dr. Fari Barhamand, an oncologist and hematologist at Advocate Good Samaritan Hospital in Downers Grove, Ill, calls gene therapy a potential game-changer that could even replace chemotherapy as the treatment of choice for most cancers – particularly if the estimated $475,000 for Kymriah does not become the industry-standard.

“We do not have any long-term data for the very expensive treatment, but if you add other diseases like chronic lymphocytic leukemia, multiple myeloma, glioblastoma or common cancers like breast cancer, the number of people who could be helped in prolonging their lives when standard treatments fail is mind-boggling,” he says.

The drug does have the potential for severe side effects, including flu-like symptoms, neurological events, hypotension and others that can be life-threatening. Still, Dr. Barhamand was enthusiastic about the treatment’s potential and the potential of other drugs like it.

“I do believe that gene therapy will play a very important role in what we do daily, and could eventually be used in a community setting where most patients are,” he says. “The sheer numbers of future patients could bring the cost down dramatically. Whether it happens in a few years or takes a decade is anybody’s guess, but I hope it happens in my lifetime so I could be a recipient of the treatment one day, if necessary.”

← How long until your coffee stops working?
At 62, he needed care at a children’s hospital →