Home / Today's news / From malnutrition to infectious diseases: How one doctor is making a difference

From malnutrition to infectious diseases: How one doctor is making a difference 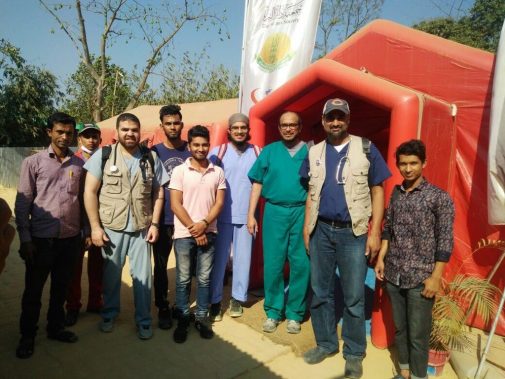 Dr. Baseer Qazi became a physician to give back and make a difference in people’s lives.

In his free time, he volunteers at local community clinics. He even helped victims of Hurricane Harvey and Irma with financial contributions through a nonprofit started by his medical school alumni called DAANA.

But for Dr. Qazi, serving from afar wasn’t enough.

“It was time to lead by example,” he says. “I’d served from afar, but really wanted to give back personally with my time, effort, medical care and more personal contributions.”

So, in March of 2018, Dr. Qazi, a gastroenterologist with Advocate Lutheran General Hospital in Park Ridge, Ill., left the U.S. on a medical mission to Bangladesh.

DAANA had started sending medical missions to Bangladesh earlier in the year, as the need for aid clearly existed, with estimates of more than 800,000 refugees residing in the South Asian country along the border of Myanmar. The area had been called “The World’s Largest Refugee Camp” by the World Food Program after a mass exodus last summer from Myanmar to avoid ethnic and religious persecution.

And so after weeks of planning with local NGOs to help with medical care and food distribution of essential staples and clean drinking water, Dr. Qazi and his team made their way to the camp sites.

“I was part of a team which included three physicians and one medical student, and we were staffing the Kutupalong refugee camp,” he recalls. “I remember when we first arrived, the camp sites were difficult to see. Each hut within each of the camps was a small, 12 by 12 space with no electricity or running water. There was minimal sanitation and a clear lack of essentials. It was obvious from day one of our mission that these camps were set up for high morbidity and disease rates.”

But the team was on a mission. They set out to help place 15-20 wells in their time at the camp – each well would provide clean drinking water to 600-800 refugees at the camp each day. Dr. Qazi and the team also staffed a clinic site in temporary tents that were set up. They saw 40-45 patients a day with the help of a translator.

“I saw dozens of patients with a wide variety of concerns and problems,” Dr. Qazi explains. “I was seeing everything from malnutrition and vitamin deficiencies to post traumatic stress disorder to mumps, varicella and other infectious diseases.”

But the most difficult part of the mission, according to Dr. Qazi, was the children who accompanied their parents to the clinic.

“I remember one patient who came in with her daughter who must have been about 10 years old,” recalls Dr. Qazi. “I remember tearing up looking at this little girl. No shoes. Poor hygiene. No education. There were many like her, but she sticks out because her name was the same as my daughter’s, who is 11 years old. I remember giving her a lollipop, which brought a big smile to her face. The experience was emotional, and it was tough to see these children each day, but it also reminded me why it was so important that groups like ours were there.”

In the end, Dr. Qazi left the mission one week later with his resolve stronger than ever to do more to help.

“I’m so thankful for the life I have,” he says. “I’m thankful for being born and raised in our beautiful nation. I’m thankful for receiving my medical training at Lutheran General Hospital, which is an exceptional institution. But most of all, I’m thankful for my ability to give back to the community. Moving forward, I want to find even more ways to help locally and internationally. And I’m hopeful that I’ll have the opportunity to return to Bangladesh next year.” 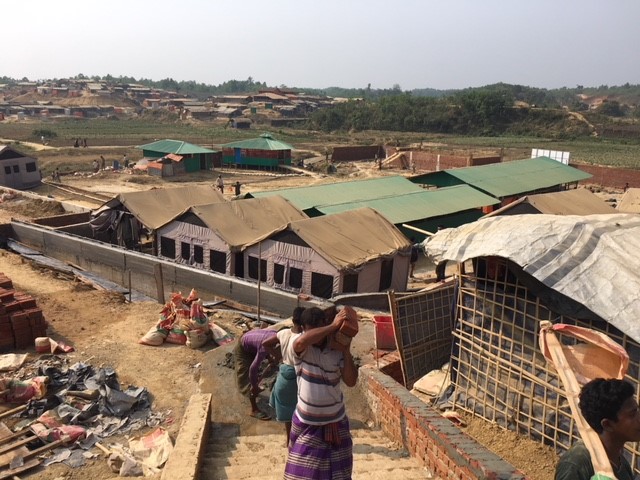 ← This early morning craze will keep you full for hours
“A liver from a living donor?” →