Feeling sad, stressed or angry? Check out these 5 tips 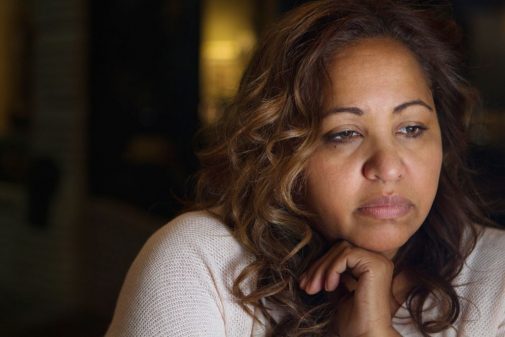 For the last several years, Gallup has conducted the Global Emotions Report to gauge people’s emotions around the globe. The 2018 report, which uses data gathered from 154,166 people from 140 countries in 2017, showed the prevalence of negative emotions has reached a new high.

Dr. Gabrielle Roberts, a clinical psychologist at Advocate Children’s Hospital in Oak Lawn, Ill., says it’s hard to know what has caused the rise of negative emotions, and that the reasons likely vary from place to place.

“There certainly is a lot of unrest and hardship across the globe right now,” she says. “The Gallup report cites violence and instability in many countries as primary sources of negative emotions. I also think that it’s possible a small part of the rise in the reporting of negative emotions may be related to a shift in some cultures, albeit a minority, where people feel more at ease acknowledging and discussing emotions.”

More survey respondents reported feeling negative emotions like worry, stress, sadness, anger or physical pain on the day prior to taking the survey than they have in years past. While negative emotions appear to be on the rise globally, which forced the overall positive-experience global average to dip slightly, about 70 percent of adults worldwide reported that they experienced “a lot of enjoyment, smiled or laughed a lot, felt well-rested and felt treated with respect” the day prior to taking the survey. Dr. Roberts is not surprised to find that while negative emotions were more prevalent globally than in years past, a high percentage of adults still reported experiencing positive emotions, as well.

“Humans are emotionally complex, and our daily lives are filled with many experiences and feelings — often changing from moment to moment. Even people who are experiencing a lot of sadness and stress can, and often do, have moments of laughter or happiness,” says Dr. Roberts.

Both positive and negative emotions will always be present in our lives. Events around the globe, in our communities, in our families and even within ourselves can exacerbate either set of emotions in adults as well as children. Over the past several years, Dr. Roberts says she has seen many children struggling with a host of troubling emotions, including sadness and worry and children who are struggling to enjoy their day-to-day lives. She’s seen parents experiencing these issues, too. While the prevalence of negative emotions seems to be increasing, Dr. Roberts noted that there is less stigma around seeking help for mental health and that more people are engaging in services, which could account for higher percentage of negative emotions being reported.

“Overall, kids in the U.S. do seem to be carrying around more stress than they used to. We see the broad impact of this in the rise of teen suicide rates and rising rates of depression and anxiety,” says Dr. Roberts.

Throughout our lives, negative emotions will inevitably surface. Keep the below tips in mind the next time you experience them: