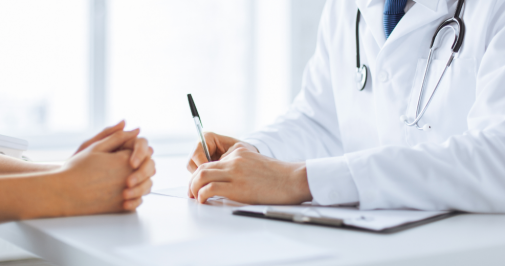 Could the next big step in treating some of the world’s most prevalent mental health issues be found not in the next big drug advancement, but instead in magnets?

Transcranial Magnetic Stimulation, or TMS, uses a non-invasive electromagnetic system to stimulate different parts of the brain, activating regions that have decreased activity, as observed in many depression patients.

During a typical 30-minute session, a trained medical professional places a coil against the patient’s scalp near their forehead, then delivers electromagnetic pulses to the targeted area. For depression patients, the goal is to induce the neurons in the left prefrontal cortex to fire, teaching the brain to rebuild now-dormant pathways in the brain.

“When you take a medication, it has to be absorbed by your stomach, then often goes through liver, then into the brain and needs a few weeks to change the receptors of your nerve cells,” says Dr. Shannon Gritzenbach, a psychiatrist at Advocate Good Samaritan Hospital in Downers Grove, Ill. “TMS goes straight to where the changes need to happen.”

Dr. Gritzenbach says the hospital has been using the system since Jan. 2017 and found incredible results – of the 30-plus depression patients who have undergone the full span of 36 treatments, TMS has halved reported depression levels in 80 percent. Forty percent of patients reported being in full remission from their depression.

These results are particularly meaningful, as insurance companies usually only cover TMS treatments after the patient hasn’t been helped by at least four medications. Often, that translates to a year or more of fruitless depression treatments before TMS, Dr. Gritzenbach says.

“Especially for people who are in full remission, the statement I hear that tells me it is working is ‘I didn’t know I could feel like this again,’” she says. “For most patients, it brings them back to how well they felt in the past.”

Generally, TMS is considered to be a safe and well-tolerated procedure, with possible side effects generally including headache, scalp discomfort, tingling and lightheadedness. The pre-treatment screenings generally eliminate those with magnetic metal near the site of the treatment, histories or risks of seizures and those reporting other risk factors.

Dr. Gritzenbach says TMS has made a difference in the lives of many of her patients and hopes it could for more to come.

“Right now, our field is limited in our chemical tools it has,” she says. “To have something new and different that gets results – and to see someone get better when they thought they never could – is exciting. It gives hope to patients that have lost it.”

← Who is most likely to be diagnosed with ADHD?
Tips for coping with grief this holiday season →