Home / Parenting / Are you a helicopter parent?

Are you a helicopter parent? 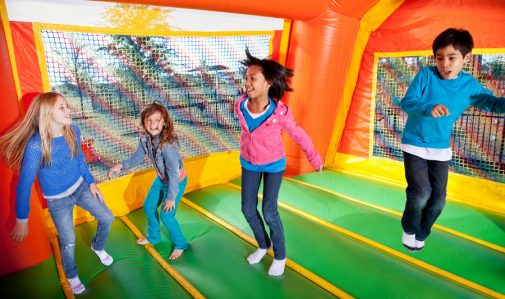 The term “helicopter parent” was coined years ago, but the recent college admissions scandal has once again thrust the concept into the spotlight. So, just what is helicopter parenting, and how does it affect children as they grow and become adults?

Helicopter parents aim to smoothly guide their child to success while shielding him or her from challenges, frustrations, disappointments and setbacks. While Dr. Roberts says there aren’t necessarily benefits to helicopter parenting, those who adopt this style are generally well-meaning parents who want the best for their children.

It’s natural for parents to want to protect their children and want the best for them, but helicopter parents take these sentiments too far by offering too much protection and stepping in too often to guide children down a path to success that is often based on the parents’ value system and definition of success, not the child’s. The college admissions scandal is the perfect example of these forces at work.

Even though helicopter parents hover over their children to guide them towards success and happiness in adulthood, Dr. Roberts says research has shown that children who have helicopter parents may actually struggle more in early adulthood than those who did not have overly involved and over-controlling parents.

Here are some examples of helicopter parenting:

These children may have difficulty taking on challenges and advocating for themselves later in life. Dr. Roberts says children raised with this parenting style can be less independent in adolescence and young adulthood than their counterparts and may fail to learn important developmental tasks like emotion regulation and problem solving. These children may still rely on their parents to rescue them from difficulties and may struggle with coping with failure and emotionally challenging situations. Young adults can certainly develop these skills over time, but the process may be delayed if they didn’t have the independence to practice these skills as children.

“The irony is that children with overprotective parents may emerge into adulthood as less resilient individuals and thus less protected from what life may throw at them,” says Dr. Roberts.