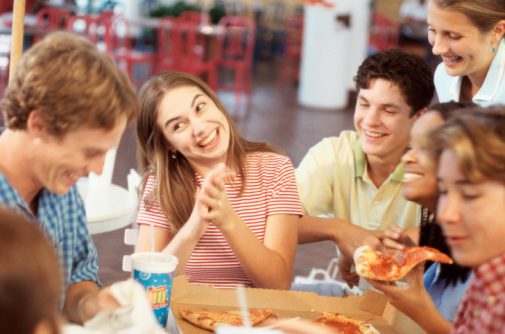 Well-known social media personalities instantly share what they are doing and the things they love, influencing their followers.

A recent study published in the journal Pediatrics sought to measure just how influential social media influencers can be by testing whether their messages sway children’s food choices and how much they eat.

Children ages 9-11 were split into three groups and shown mock Instagram profiles of popular YouTube stars. One group was shown a profile featuring the YouTube influencer with unhealthy snacks, another group was shown one with healthy foods and the third group was shown the personality with no food products.

After viewing the profiles, the participants were then offered a variety of snacks, ranging from gummy candy and chocolate, to carrots and grapes. Children in the group that saw the influencer with unhealthy foods consumed 32 percent more calories from unhealthy snacks and 26 percent more total calories than kids in the group who viewed the profile that did not feature food. However, there was no correlation between the influencer and the consumption of healthy snacks.

Dr. Matthew Smiley, a pediatrician and Healthy Active Living director at Advocate Children’s Hospital in Park Ridge, Ill., agrees that the marketing of unhealthy food does play a role in what children eat.

“Historically, this has been in the form of cartoon characters on commercials and food products, and social media presently plays a major role in influencing kids’ eating habits,” Dr. Smiley says.

Still, Dr. Smiley believes that the biggest influence on a child’s eating is their parents.

“Just as parents must refrain from bringing in the sugary, cartoon character cereals into the house when kids see them in the store, parents must monitor what their children are watching on social media and not allow them to watch programming that promotes an unhealthy lifestyle,” he says.

Dr. Smiley recommends parents monitor children’s social media viewing habits and be good role models. If parents demonstrate healthy habits and talk to their kids about healthy habits, children will remember when they are exposed to programming that promotes unhealthy habits.

Dayna Dobias, health enews contributor, is a social media intern at Advocate Health Care in Downers Grove. She is a senior at Elmhurst College, studying communications. When Dayna isn’t studying or watching Instagram Stories, she enjoys shopping with a vanilla iced coffee in-hand and playing with her puppy, Fiona.