What is von Willebrand Disease? 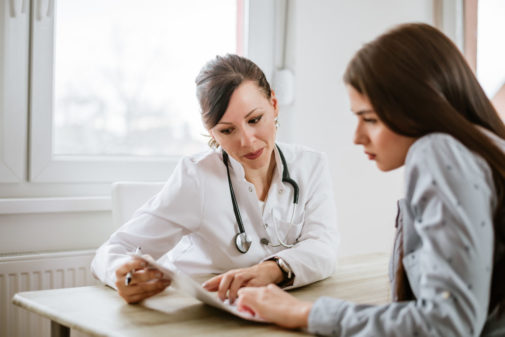 Further awareness about what is common vs normal for women with heavy menstrual cycles has been receiving attention in the news like this past month’s New York Times story.

Recent studies have helped researchers pinpoint that 20% of women with heavy menstrual periods usually have a blood disorder, and one of the most common is von Willebrand Disease (VWD).

A commonly inherited bleeding disorder, VWD affects about 1% of Americans, according to the Centers for Disease Control. The condition means that a person’s von Willebrand Factor (VWF) is either at low levels or is not working to clot the blood like it should. Though it can be present at any age, men or women, it can cause health issues like frequent bruising and risks as serious as bleeding out or postpartum hemorrhaging.

“Von Willebrand Disease is a long-standing bleeding disorder,” shares Dr. Ilia Sumoza, hematologist and oncologist, for Advocate Medical Group in Downers Grove and Darien, IL, “One would think it would be easy to detect this blood disorder, but sometimes patients with VWD don’t know it because the signs and symptoms may be mild or absent.”

There are three types of VWD, Dr. Sumoza says:

All types are inherited, whether through one parent or both. It is common for a child or adolescent to be diagnosed with VWD, which then requires the parents to come in for testing too since at least one of them has it.

Dr. Sumoza says that the most common symptoms are abnormal bleeding, such as excessive bleeding from minor injury, surgery or dental work, prolonged nose bleeds, heavy menstrual periods or easy bruising among others.

If you have symptoms of VWD, Dr. Sumoza suggests:

“Getting diagnosed with VWD does not have to be feared,” says Dr. Sumoza, “In fact, this can be the beginning of getting help to limit missing school or work, less linens and clothes to clean, and alleviating stress, anemia, fatigue and dizziness in one’s life.”

← Battling the hemorrhoids stigma
Are you going through a midlife crisis? →