Home / Repurposed Story / Are you eating too much of this?

Are you eating too much of this? 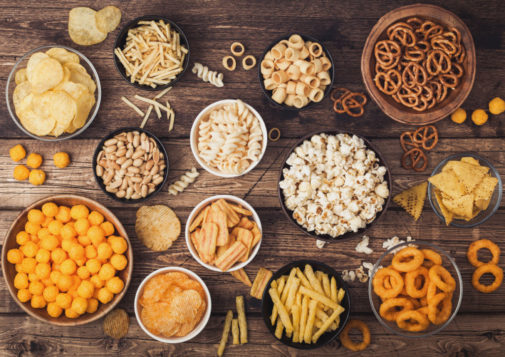 Popcorn, French fries and potato chips. What do they have in common? They’re all addicting snacks that just wouldn’t be the same without one key ingredient – salt.

While salt seems like a necessity in many things we eat, it also comes with some issues. Research is clear – consuming too much sodium can raise your blood pressure, leading to heart attacks, strokes, kidney disease and more. Heart disease is the leading cause of death in the United States according to the Centers for Disease Control and Prevention.

A study published in the British journal BMJ found that reducing salt intake leads to a significant reduction in blood pressure in adults. The results were the same for men and women, all ethnic groups, and in people with existing high blood pressure and those with normal blood pressure.

“Sometimes people think that if their blood pressure is normal, then they don’t need to limit their salt intake, but that’s not true,” says Dr. Anthony Lazaro, a family medicine physician at Aurora Health Care in Plymouth, WI. “As seen in this study, cutting the amount of salt you consume now can help reduce your risk for developing high blood pressure and heart disease in the future.”

So how much salt is too much salt? The Dietary Guidelines for Americans recommends limiting your sodium intake to less than 2,300 mg per day, which is just one teaspoon of salt. According to the CDC, the top 10 sources of sodium are:

“Knowing the biggest sodium culprits in your diet is important in helping you reduce the amount of salt in your diet,” says Dr. Lazaro. “You should especially watch the processed and pre-packaged foods that you’re eating. They may not taste salty, but they can have very high levels of sodium.”

Take, for example, a slice of store-bought bread, which can contain anywhere from 80-230 mg of sodium. Double that and add a few slices of deli or pre-packaged turkey, which can contain up to 1,050 mg. Without adding anything else to your favorite lunch sandwich, you’re already well on your way to the recommended daily value of sodium.

“Make the effort to read the nutrition labels of the foods that you are buying and choose things marked ‘no salt added,’ ‘sodium-free,’ or ‘low-sodium,’” Dr. Lazaro advises. “You can also better control the amount of sodium you are consuming by preparing your own meals from scratch.”

← Finding a calling in healthcare
Struggling with productivity? You may want to check the thermostat. →