Sweating it out may reduce risk of stroke 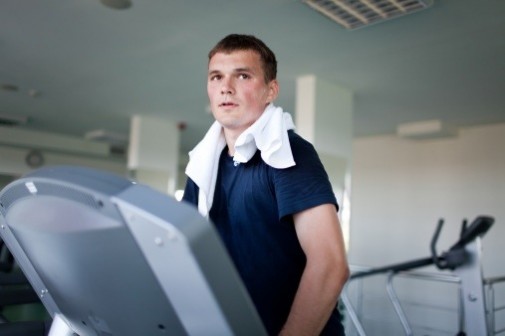 In case you needed another reason to get active, recent research shows that working up a sweat can help protect you against stroke.

According to a study, published by researchers with the University of South Australia in the journal Stroke, the risk of stroke is 20 percent greater for couch potatoes, particularly men, who forgo workouts of at least moderate to vigorous intensity—workouts that make you break a sweat.

The study consisted of more than 27,000 Americans over the age of 45 who are part of the Reasons for Geographic and Racial Differences in Stroke (REGARDS) project, a national stroke study sponsored by the National Institutes of Health (NIH). The researchers looked at self-reported data by the participants on their physical activity levels, tracking for nearly six years to determine who suffered a stroke.

The researchers found that one-third of the participants reported little to no physical activity and were shown to have a 20 percent increased risk of stroke. For those who exercised four or more times a week, the risk of stroke lessened—more for men than for women, according to the results.

“This news isn’t anything earth-shattering,” says Dr. Timothy Mikesell, neurologist with Advocate Illinois Masonic Medical Center in Chicago. “We already know exercise has definite health benefits, reducing your risk of heart attack, Parkinson’s disease and dementia. This is just further evidence that being physically active, even later in life, is a must.”

“It’s not just about walking,” he says. “You need to be active enough to break a sweat. And you should be consistent, working out at least four times a week.”

← Marriages at risk when one spouse drinks heavily
Is your athlete at risk for overuse injuries? →