Home / Today's news / Top Spot / Can food packaging be harmful to your health?

Can food packaging be harmful to your health? 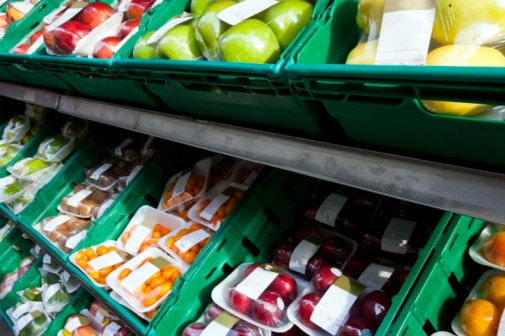 The chemicals used to package, store and process our food may be harmful to our health over extended periods of time, according to new research published in the Journal of Epidemiology and Community Health. Scientists say these food contact materials, or FCMs, can seep from packaging into foods, and yet not much is known about their long-term impact.

This exposure, the research suggests, is “cause for concern” for several reasons. Known toxicants, such as formaldehyde, which has been known to cause cancer, can be legally used in materials such as plastic bottles and melamine tableware. These FCMs can also contain chemicals known to disrupt hormone production, with the total number of known chemical substances used exceeding 4,000.

“Whereas the science for some of these substances is being debated and policy makers struggle to satisfy the needs of stakeholders, consumers remain exposed to these chemicals daily, mostly unknowingly,” said the authors, in a statement.

Barbara Fine, registered dietitian at Advocate Lutheran General Hospital in Park Ridge, Ill., acknowledges that there could be dangers hidden in processed foods, but says it all depends on how much is consumed.

“If there are some levels of chemicals, it shouldn’t be detrimental unless you are eating more than a small portion,” Fine says.

That said, Fine agrees that our current level of understanding about these FCMs is not where it should be. Demonstrating the effects of this lifelong, and largely invisible, chemical exposure would be extremely difficult as there are likely no unexposed populations to study, and exposure levels differ among various groups of people.

With this degree of uncertainty, and as a general health practice, Fine says that it would be great for anyone to reduce their intake of processed foods and opt instead for more natural products. This includes eating more fresh fruits and vegetables to avoid cans and frozen packages, and seeking out locally grown products that might use fewer chemicals in the production and shipping process.

Given the potential dangers, the research report states that “it is of utmost importance that gaps in knowledge are reliably and rapidly filled.”

For now, Fine says to avoid the “middle sections” of the store and instead seek out more produce and dairy as a good practice. She says that eating one or two packaged foods a day will likely not be a problem.

“In general,” Fine says, “everything in moderation.”